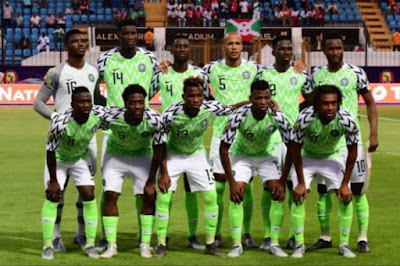 Former Super Eagles captain, Austin “Jay Jay” Okocha has backed the team to reach the crucial stages of the Africa Cup of Nations which began on Friday.

Okocha who won the AFCON title with the Eagles in 1994 and winning a silver medal in 2000 and three bronze medals in 2002, 2004 and 2006, said there was stability in the team and the coach, Gernot Rohr was quite aware of the expectations by Nigerian football fans.

"As for the Africa Cup of Nations, I think we can go a long way. We have developed in recent years. There is now a degree of stability.

"Coach Gernot Rohr knows his team well, he has been in office since 2016. He knows that expectations are high and that it will not be easy.


"Preparation is the key and then the mindset before such a tournament has to be clear: It is important for the players to believe that they can win the tournament.

"That is also what Nigeria expects from them. And that concerns me as well. I expect Nigeria to triumph in the end,’’ Okocha concluded.