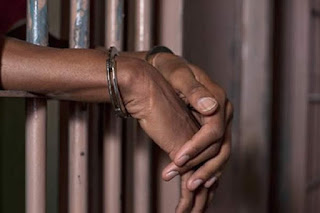 A Nigerian facing trial in far away Papua New Guinea will know on June 21 how long he will spend in prison after pleading guilty on one count of stealing by false pretence, an offence known in Nigeria as 419.

The Nigerian, identified as Victor Ifeanyi Chukweto, admitted collecting K2,000(about $600) from a girl and her father by telling them that he had a package containing US$1.7 million (K5.7 million) waiting for them and that he would marry the girl.

Ifeanyi, 42, from Asaba in Delta state appeared on Friday at the Waigani District Court, according to a report by The National. The newspaper publishes Monday-to Friday.

Ifeanyi used the name “Colavita Smith” and claimed that he was a soldier and they would get married after he completed his duties in Afghanistan.

He told Tindipo he needed K2,000 to pay for customs clearance and claim the package.

Tindipo, from Kutubu, Southern Highlands, told her father Thomas and they flew to Port Moresby on Sept 21 as “Coltavia Smith” told them to come to the city and give the money to a person who would help them make clearance and receive the package.

The next day Ifeanyi called Tindipo and identified himself as “Mr Steve” and told her that he had the package from “Coltavia Smith” and he needed the K2,000.

Ifeanyi then asked to meet Tindipo at Coca-Cola Amatil, Gordon.

Tindipo, accompanied by her father and her brother,went to the location but Ifeanyi did not appear.

He later told her that he wanted to meet her alone.

On Sept 23, Ifeanyi told Tindipo to meet him at Island Fuel Station, Waigani. She went with her father by taxi and picked him up.

Tindipo’s father gave Ifeanyi K2,000, who took the money and asked for another K3,700 before customs clearance would be done as K2,000 was equivalent to US$600.

Tindipo’s brother Anthony intervened after learning that Ifeanyi had asked for money.

He questioned Ifeanyi on the deal and when he realised the Nigerian could not answer properly, he called the police.

Ifeanyi does not have a PNG passport and his reason for being in the country is unknown.