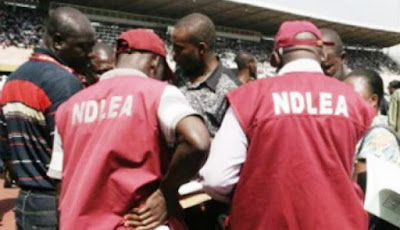 The National Drug Law and Enforcement Agency (NDLEA), Bayelsa Command, has arrested 105 persons while 27.35 kg of illicit drugs were seized in the area between January and June.

Bayelsa NDLEA Commander, Mr Abdullahi Abdul, gave the figure at a news briefing to commemorate the International Day Against Drug Abuse and Illicit Trafficking on Wednesday in Yenagoa.

Abdul advised the public not to discriminate against drug users as directed by the criminal justice system in the country.

The NDLEA commander said that drug users should be seen as those who have health challenges and, therefore, should have access to treatment and rehabilitation.

“There has recently been an upsurge of violent crimes and cultism in the state, and the use of drugs cannot be divorced from these acts of brigandage.

“Therefore, we shall redouble our efforts to ensure that these occurrences are brought to the barest minimum through proactive policing.

“We urge parents and guardians to monitor their children closely, not to involve themselves with drug abuse, which can destroy their future and destiny,” he said.