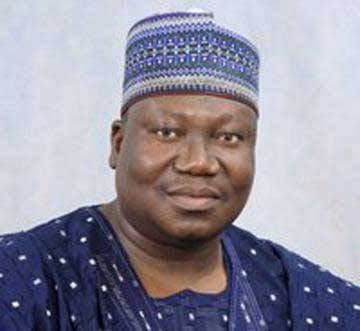 President of the Senate, Senator Ahmad Lawan, yesterday picked holes on insinuations that Senators and members of House of Representatives are paid jumbo salaries, saying that it was far from the truth.

Ahmad Lawan Speaking yesterday in Abuja when the National Executives of Senators’ Forum led by its Chairman, Senator Khairat Gwadebe paid him courtesy visit in his office , Lawan stressed that one of the things the 9th National Assembly in collaboration with the executive arm of government wants to get rid off, is the yearly budget delays with their attendant economic dislocations.

Against this backdrop, the President of the Senate who promised that the 9th Senate plans to return to the January cycle of the nation’s budget, said however that this would be possible if the Executive forwards to the National Assembly, the 2020 Appropriation Bill by September or first week of October to enable the National Assembly pass the budget within three months and that would be December.

Lawan who explained that he does not receive jumbo Pay said that his monthly take-home salary is N750,000, just as he explained that funds are also provided to run his office. Lawan said, “We owe Nigerians everything. The National Assembly is going to be open to the public.

“Members both in the Senate and the House receive what is their salary. I receive N750,000 as my salary but I need to function as a senator. My office needs to be properly funded. Therefore I cannot conduct my oversight without some funding.

“They deserve to know how their resources are being utilized and this is what we will continue to do.

So we continue to do those things that will make Nigeria a stable and prosperous country where everybody would be proud to be a citizen.”

All we require is for the Executive to submit the budget on time, at least September or first October. “If that happens and we get it, we will pass the budget before Christmas. We need to return to the January to December budget circle.”

Speaking further, Lawan who reiterated that the 9th Senate will take the issue of loversight function very seriously to ensure that heads of government agencies carry out their statutory functions effectively, said, “This kind of interaction is very important.

It gives us the opportunity to share experiences. There are things that are challenging to us that we can share with you.

“The ninth Senate is a bipartisan Senate. What that means is that, we will remain focused and work for Nigerians. What we have done is to be patriotic. Nigeria is our constituency.

“The challenges before Nigeria are very massive. We need to work for the economy and ensure that things work for everyone. “We don’t need to fight anyone.

We will follow the path of peace. Any minister or head of an agency must function. At the end of the day, Nigerians should benefit from this.”

Earlier, Chairperson of the Forum, Senator Khairat Gwadebe who explained that members of the Forum will always support and partner the National Assembly in any capacity for the progress of the country, sustenance of democracy and the institution, said: “You need to use your 20 years experience as a lawmaker to make a difference.

Our main objective as a body is to work in strengthening the polity. We are very confident that your leadership will be good for Nigerians.”

Gwadebe who that the Forum was structured to promote good governance aimed at making the country stronger, told the President of the Senate that as former senators with institutional memory, they will always be there, to support him in leading the 9th Senate and by extension, National Assembly aright.