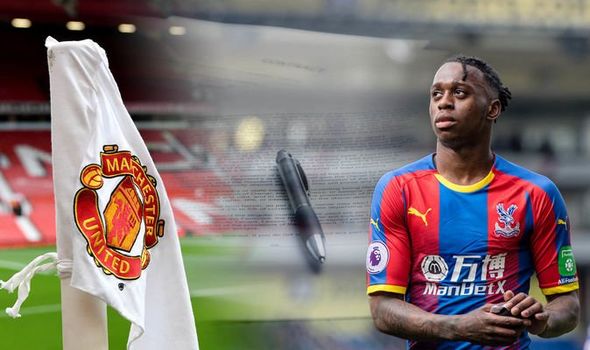 Aaron Wan-Bissaka has become the most expensive defender in Manchester United’s history after completing a deal worth up to £50 million from Crystal Palace on Saturday.

Despite the huge fee, the 21-year-old made just 46 senior appearances for the Eagles and has yet to be called up by England.

AFP Sport looks at why have United splashed such a huge fee to kick off a major rebuild at Old Trafford after missing out on Champions League qualification last season.

Wan-Bissaka grew up in the surroundings of Palace’s Selhurst Park before joining the club’s academy at the age of 11. However, having started out as a winger, he did not stand out.

Indeed, his talent may have gone unspotted had he not been pitted against Palace’s star player Wilfried Zaha one day in training when he impressed coaches with his ability to nullify the Ivorian.

“I can remember watching the session and thinking afterwards, ‘He did all right at right-back,'” said Kevin Keen, who was Palace’s first-team coach at the time.

“The following week I took Aaron again, and he was playing against Wilf. Wilf didn’t get past him once.”

It still took an injury crisis to clear a path for Wan-Bissaka’s development. As fourth-choice right-back just 18 months ago he sought a loan move to League Two in January 2018, but was told to stay put.

A month later, Palace’s mounting injury list gave Roy Hodgson little option but to throw in the youngster for a baptism of fire.

Last season he established himself as one of the best full-backs in the Premier League with his pace, strength and anticipation attracting interest from a host of top clubs.

Those performances are born out by the statistics with club’s ever more reliant of data when it comes to scouting the next big talent.

Wan-Bissaka completed the third most successful tackles in the Premier League last season and the highest number of any defender. His telescopic long legs earning him the nickname “spider”.

He also made more clearances, interceptions and take-ons than any other full-back in England’s top flight last season.

England future
That begs the question why Wan-Bissaka has not yet broken into the England squad given Gareth Southgate’s willingness to throw young talent into the full international fold.

The competition for a place at right-back is fierce. Tottenham’s Kieran Trippier was one of the stars of last year’s World Cup, but has since been overtaken by Kyle Walker, who was a mainstay of Manchester City’s treble-winning side.

And Walker’s presence is now under threat from Liverpool’s Trent Alexander-Arnold, who was pivotal to a sensational 4-0 thrashing of Barcelona that guided Jurgen Klopp’s men towards the Champions League and is even younger than Wan-Bissaka at just 20.

Southgate, though, has been keen to make sure Wan-Bissaka does not follow Zaha, who opted for the Ivory Coast after making one senior England appearance, in slipping through the Three Lions fingers.

Wan-Bissaka made a youth international appearance for the Democratic Republic of Congo in an 8-0 thrashing to England’s under-17s and is still eligible for the African country.

He featured for England’s under-21s at this month’s European Championships, but had a tournament to forget.

His injury-time own goal gifted France a 2-1 victory in the opening game before being dropped for matches against Romania and Croatia with manager Aidy Boothroyd claiming he had been affected by the speculation over his future.