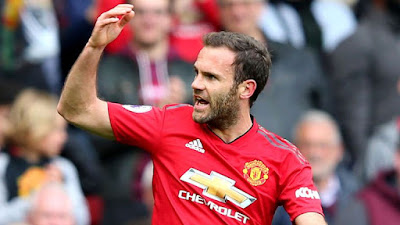 Mata’s present deal expires on 30 June but it is understood he will sign an extension in excess of one year.

Unlike fellow Spaniard Ander Herrera, who is set to join PSG, Mata, 31, continued negotiations with United after the end of the season.

This is the second year in a row United have agreed terms with a senior player long after the campaign has reached its conclusion.

Marouane Fellaini was away at the World Cup with Belgium when his new contract was announced on 29 June last year.

He has scored 45 goals in 218 appearances and netted in the 2016 FA Cup final win against Crystal Palace.