ICPC to prosecute NBET MD, indicts her of fraud 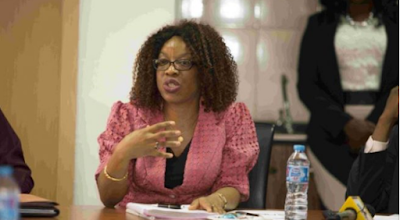 In February, Leaks.ng had done a story on how Amobi approved at least N2 billion  to two power generating companies.

Leaks.ng is a coalition of media and civil society organisations. Daily Trust, TheCable, OrderPaper NG, Sahara Reporters, Premium Times and ICIR are all members of the coalition.

In a report sent to the office of Vice-President Yemi Osinbajo in March, ICPC found Amobi guilty of at least five of the allegations levelled against her.


The commission had relied on a petition it received for the investigation. The allegations made in the petition are disregard for procurement laws, illegal funding of foreign trip for federal lawmakers, six years payment for office furniture for a four-year tenure and side-lining of due process in purchase of Amobi’s vehicles.

Other allegations were that Amobi funds NBET’s expenditure without appropriation from the national assembly, authorises withdrawal from the Central Bank to fund unnecessary training, sanctioned transfer of staff illegally and stopped payment of salaries to two management staff.

On illegal payment to electricity distribution companies (DisCOs), ICPC noted that all the 11 DisCos have unpaid invoices because of certain like unprofitable tariff, non-metering and subsisting court order.

“The Respondent (MD) does not follow due process in award of contracts,” the report read.

“The Respondent (MD) makes payments before securing the required approvals. The Respondent (MD) received excess furniture allowances of N22, 646, 328.48 above the approved N5,777,595.00 for CEOs of Federal Ministries, Departments and Agencies.”

ICPC added that it would prosecute all indicted and carry out a review of payment to affected DisCos.

It said: “In the light of the foregoing, the commission would carry out the following. Prosecution of all indicted persons, as revealed in the investigation report, for the violation of Procurement Act, 2007 and ICPC Act, 2000.

“A comprehensive review of the operations of all the 11 Discos so as to come up with the necessary recommendations that can enhance better performance and adequate remittance to the Federal Government and make necessary input into the power policy as directed by Mr President.”

Rashidat Okoduwa, spokesperson of the commission, said those indicted will be taken to court.

The Nigerian Electricity Regulatory Commission (NERC) had absolved Amobi of any wrongdoing, saying there is no proof against her.

Last month, Amobi demanded an apology from the coalition, saying the reports of fraud in the agency were defamatory.

In the letter by her counsel Babalakin&co, Amobi gave the members of Leaks.ng seven days to retract the publication.

The letter said the reports had caused Amobi emotional distress and psychological trauma.