I don’t have any written contract with Olamide- Lyta 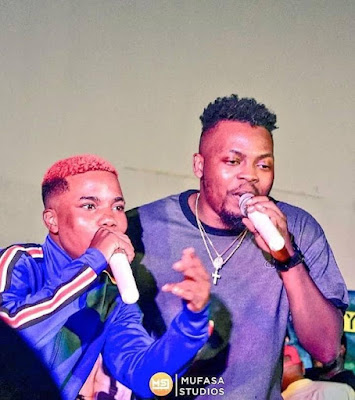 Budding singer, Lyta has debunked claims that he is signed to Olamide’s YBNL. Contrary to what many believe, the sonorous singer noted that Olamide just helped him to leverage on the YBNL platform.

The ‘Self made’ singer made this known in a recent interview.

According to him: “I don’t have any deal with YBNL or Olamide. Olamide saw me on the street and helped me, I don’t have any written contract with him… YBNL and Olamide with always be part of my story. God bless Olamide, thank you for everything. No love lost.”


When asked about the benefits of his affiliation with YBNL, the singer said: “Yes, I was getting benefits. They used to pay me for shows. Sometimes 80k, 60k to 50k. But when I dropped my songs, ‘Temi’ and ‘Selfmade,’ I didn’t get anything.”