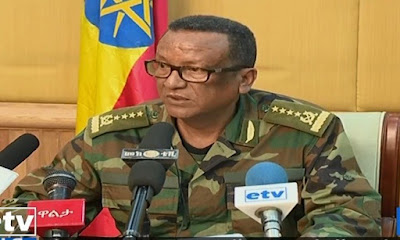 In an update provided on the botched coup attempt in Amhara region on Saturday, Abiy said the military men were killed on Saturday night within Seare’s residence, by his bodyguard, who has been arrested.

Earlier reports had indicated that Seare was wounded and not dead.

The statement blamed the botched coup on Brigadier General Asaminew Tsige, head of the regional government’s Peace and Security Bureau, acting in collaboration with some other people, not identified.

“Many of the individuals involved in the attacks have been arrested and there is an ongoing operation to arrest the remaining`”, Abiy said.