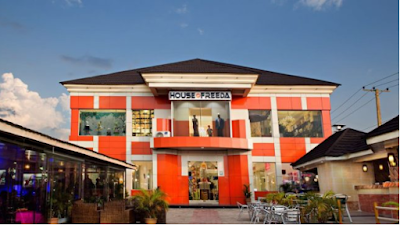 Some members of the Imo committee on recovery of government property reportedly stormed a shopping mall owned by Uloma Rochas-Nwosu, daughter of Rochas Okorocha, former governor of the state, on Thursday night.

The mall, House of Freeda, is located in Owerri, the state capital.

They reportedly carted away merchandise believed to be owned by the state government.

The operation was said to have been supervised by Jasper Ndubuaku, chairman of the committee.

According to witnesses, about six workers in the complex were said to have sustained injuries during the operation.

A vehicle belonging to Reach FM, a radio station, suspected to be owned by a member of the Okorocha’s family, was reportedly impounded.
Some youth said to be loyal to Okorocha allegedly tried to prevent the committee from moving properties away from the mall but were overpowered by security operatives.

On Thursday, the committee had alleged that officials of the Okorocha administration looted the government’s property worth N50 billion.

Ndubuaku had said the committee was in possession of the names and contacts of all those said to have looted the property, asking them to return the government’s assets without further delay.

“If after this appeal and they still remain adamant, we will be compelled to unleash the dragon, mobilise all concerned Imo indigenes to assist us to recover these missing items and if the worst comes, we will criminalise the matter,” he had said.