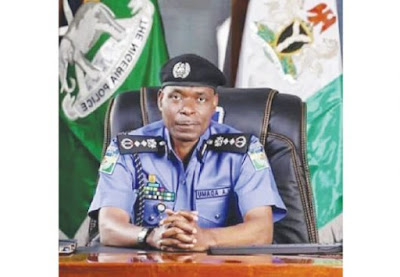 The Inspector-General of Police, Mohammed Adamu, has claimed that the crime rate in the country is declining, despite reports of violent killings and kidnappings across the country.

The Zamfara State Police Command on Sunday confirmed that 34 persons were killed by bandits in Tungar Kafau and Gidan Wawa communities in Shinkafi Local Government Area of the state last Friday.

One person was also said to have been murdered on Sunday night in Tudiri village in Ardo Kola Local Government Area of Taraba State following an attack by suspected herdsmen who also set some houses ablaze.

But speaking in Abuja on Monday at a meeting with senior officers at the Force headquarters, the IG stated that the police apprehended 424 suspected kidnappers between May 10 and June 14, 2019, with 101 persons arrested in Kaduna State.


He added that 79 suspects were picked up in Katsina, 54 in Nasarawa and another batch of 32 suspected bandits in Taraba State.

Mohammed also explained that 276 armed robbery suspects were arrested within the same period with the highest number of 38 in Edo State, followed by 25 in Nasarawa State and 23 in the Federal Capital Territory.

He stated, “Within this context, it is noted that while there are still isolated cases of internal security breaches which often attract publicity and national attention, the crime rate in recent times has been on the decline. This is in contrast to the crime records over the preceding months.

“The foregoing is consequent upon the enhancement of the institutional capacity of the Nigeria Police to respond to internal security threats and undertake intelligence-led operations. The successes achieved are linked to Operation Puff Adder which has been a very potent anti-crime vehicle of the Nigeria Police.”

Mohammed revealed that 10,860 rounds of ammunition were recovered while a total of 301 firearms including a rocket launcher, AK47 assault rifles, pistols, and locally-made guns, were similarly recovered from criminal elements across the country.

The IG further explained that a total of 44 murder suspects were arrested during the period under review, including seven in FCT and six in Kano State.

“Furthermore, 176 suspected cultists were arrested across the country while 77 stolen vehicles were recovered by the operatives of the Operation Puff Adder nationwide between  May10 and June 14, 2019, with the highest number of 29 in FCT,” the police boss added.

On the efforts to improve the security architecture, he noted that the move to implement the concept of community policing was part of strategies aimed at changing the security situation in the country.