Catholic priests meet in Kaduna over insecurity, others 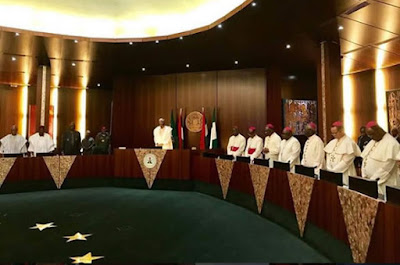 Catholic priests from the 36 states of the federation and Abuja are currently meeting in Kaduna State over the spate of kidnapping, armed robbery, banditry and general insecurity in the country.

Though the gathering is the Annual General Meeting of the Nigeria Catholic Diocesan Priests’ Association, the meeting would discuss the spate of killings, kidnapping and other related crimes confronting the land.

The AGM which held at the Catholic  Social Centre in the  state capital has as its  theme: ‘The Imperative of Good Governance for a secure and Prosperous Nation.’

Earlier speaking in a church service proceeding the event conducted at the Our Lady’s Parish along the Independence Way,  the Archbishop of Kaduna Diocese, Most. Rev. Mathew Ndagoso- Manoso, urged the clerics to frankly discuss the security challenges bedeviling the country.


While noting that the theme of the AGM was apt, the cleric lamented the disturbing insecurity in the country.

This, he said, was due to the lack of the presence of government and good Governance in certain parts of the country particularly the North-east where the dreaded Boko Haram insurgents were still holding sway.

He said that good governance and security were interwoven such that in the absence of one, the other suffered.