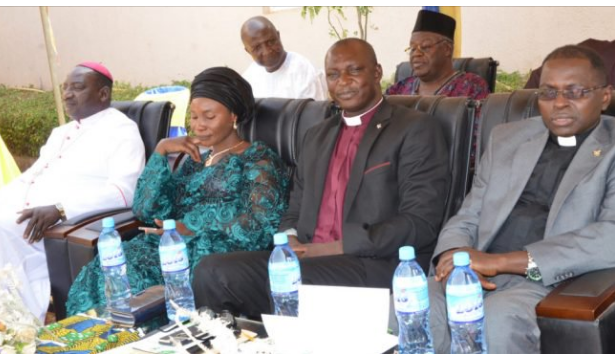 Religious bodies in Kaduna state have expressed divergent views on the passage of the bill to regulate preaching in the state.

The state house of assembly had, on Friday, passed the executive bill which was introduced in 2016.

Reacting to the development, Sunny Akanni, counsel to the Pentecostal Fellowship of Nigeria (PFN), threatened to sue the state assembly for disobeying a court order restraining it from taking any action on the bill pending the determination of a suit before the state high court.

According to him, in March 2017, the PFN filed a suit against the bill on the grounds that it is offensive to fundamental human rights.

“We are surprised that despite the court order restraining the house from continuing with the hearing or anything on the controversial bill pending the determination of the matter, the lawmakers went ahead to pass it,” Akanni said.

“We are going to serve forms 47 and 48 on the house for disobedient of court order and if they don’t respond, we will charge the clerk and the speaker of the house for contempt of court.”

Similarly, the Christian Association of Nigeria (CAN) said it is studying the revised bill and will sue the state assembly if it is not satisfied with the provisions.

Joseph Hayab, state chairman of the association, urged Nasir el-Rufai, governor of the state, not to sign the bill in haste.

“We are going to test that bill in the court of law because we are in a democracy, people should not just bring laws from the back door,” he said.

“We are stakeholders in nation building, but when people choose to treat us as if we don’t understand what is happening, then we have to show them that we also have a right.”

On the contrary, the state chapter of the Jama’atu Nasril Islam (JNI), applauded the bill, saying the Muslim body was given the opportunity to make input.

Yusuf Adamu, state secretary of the JNI, said anybody who will preach according to the books should not be afraid of the bill.

“So as far as I am concerned, you should have no reason to fear if you know you are going to preach according to the books.

“I think we should throw away sentiments and be objective. We were asked to make our comments (on the bill). If you refused to make your comments, you have no reason to complain.”