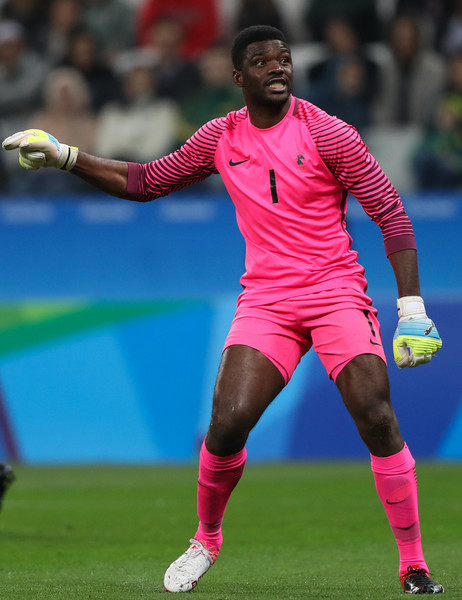 Nigeria coach Gernot Rohr has once again jumped to the defence of Daniel Akpeyi, and has hinted that he will be in goal in their Africa Cup of Nations clash against Guinea on Wednesday.

Against Burundi in their Group B opener, the goalkeeper made a crucial save to deny Amissi Cedric from giving the debutants a shock lead, but as the game progressed, the Kaizer Chief goalkeeper made several errors.

Addressing the media during Tuesday’s pre-match conference, Rohr revealed that Akpeyi was consistent since Ikechukwu Ezenwa sustained an injury during the build-up to the competition.

As such, he is likely to retain his place in the squad when Nigeria take on the National Elephants in Wednesday’s fixture.

“Akpeyi played in the first game because in the three weeks of training, he was number one,” Rohr told media.

“I don’t decide on this kind of issue because we have a good goalkeepers’ coach Alloy [Agu]. Even my assistant, Imama [Amapakabo] is a former goalkeeper.

“Ezenwa had an injury on the knee in our first training in Asaba, so he had to rest, came back slowly and in the process lost his number one position.

“In the friendlies Akpeyi played, he did well and there was no reasons to change. Now Ezenwa is coming back and there is a real competition since we all agreed that Francis Uzoho is third choice.

“So against Guinea, we’ll have a big decision to take on who will start the game. I think Akpeyi kept a clean slate and he kept us in the game against Burundi by saving a difficult ball. That is a good argument to maintain him as first choice.”