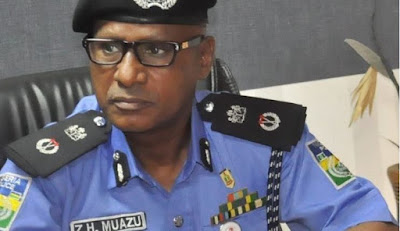 The Police in Lagos have recovered the corpses of a 56-year old man and his mistress at an apartment in Ejigbo area of Lagos, Southwest Nigeria.

According to the Police Public Relations Officer, PPRO, Bala Elkana, on 20th June, 2019  at about 8.00am, one  Akorede Balogun of Area 2, Igbehindun Estate, New Heaven,  Iba, reported at the Iba Police Station that her husband, one Rasaki Balogun, 56 years old of No, 16, Taiwo Oke Victory Estate, Ejigbo was found dead with his mistress in his sitting room.

He said a team of detectives, led by the Divisional Police Officer, Ejigbo, visited the scene and that the corpses of the man and his mistress were found in the pool of their blood with the woman laying on a knife.

According to him, the man was said to be living alone in the house while his family lived in a different place, saying that the iIdentify of the mistress was yet to be established as he was said to have picked her about two days to the incident from unknown location.


“The Crime scene was sealed off for forensic analysis while the corpses were evacuated to Hospital for autopsy. Homicide detectives from the State Criminal Investigation Department, Yaba have taken over the case on the instruction of the Commissioner of Police, Lagos State, CP Zubairu Muazu. Investigation is ongoing to unravel the circumstances surrounding their death,” he said.