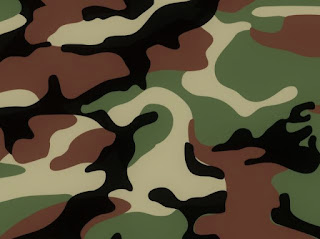 One major, two captains, two staff sergeants and one sergeant are among 14 soldiers arraigned before a seven-member court martial over their alleged involvement in murder, kidnapping and other offences.

The General Officer Commanding, 6 Division, Maj. Gen. Jamil Sarham, disclosed this on Saturday during the inauguration of the General Court Martial at the Army Division in Port Harcourt Rivers State.

Sarham listed other offences of the accused persons as attempted murder, desertion, crime in relation to public and services property, disobedience to standing orders and conducts prejudice to service discipline.

He stated that the court martial remained one of the apparatus used by the Nigerian Armed Forces to discipline erring personnel.


Sarham, who is also the Land Component Commander, Operation Delta Safe, said, “The Nigerian Army is a creation of the Nigerian Constitution to carry out specific tasks to support the government effort in providing security for the Nigerian nation.

“To achieve this, a discipline and professional Armed Forces is imperative and this in line with the Chief of Army Staff’s vision to have a professionally responsive Nigerian Army in the discharge of its constitutional roles.

“There is no gainsaying that unless such a body of professionals is disciplined, achieving victory in battle and other specified assignments would not be easy.’’

He added that Section 131 of the Armed Forces Act conferred on him the powers to convene the General Court Martial and try the accused persons who allegedly violated some codes guiding the army’s professional conduct.

He said, “We have a total of 14 accused persons; three officers and 11 soldiers. Among them is one major, two captains, two staff sergeants and one sergeant and others.”

Sarham explained that the accused persons had earlier been thoroughly investigated to ensure that no innocent person was wrongly tried and punished, promising that justice would be done in all the cases.

Sarham further said, “Trial is not only aimed at seeing that offenders are punished, but to serve as deterrent to others to prevent future occurrence. I must state clearly that the accused persons are presumed innocent of the offences charged against them until proven guilty by this court.”

The President of the Court Martial, Brigadier Bassey Etuk, promised that the court martial would ensure that justice prevailed.

Etuk stated, “I want to assure you (Sarham) that based on the confidence you repose in me, we will do justice.”