11 things APC-controlled NASS must do to win Nigerians over 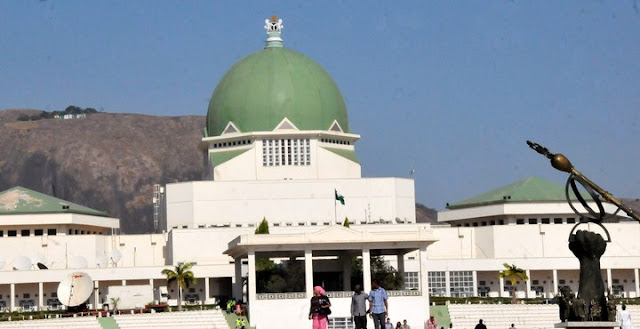 The All Progressives Congress (APC) can officially boast of controlling the National Assembly. This is because all the presiding officers of the two chambers are not just members of the party but its anointed candidates for the position.

As usual, all the presiding officers have come with various promises to make the ninth Senate better for both legislators and Nigerians in general.

One of the many promises of the new Senate President, Ahmed Lawan, is to collaborate with the executive arm of government to strengthen planning and budget linkage while taking care of the perennial delays in annual appropriation bill passage.

He also promised to pursue national ethical renewal through legislative and political support for the fight against corruption and security challenges that the country faces. He said he has a plan to make Nigeria an economic growth hub and the most sought-after business destination in Africa.

This, he said, is to be achieved through legislative and policy coordination with the Executive Arm of Government to put in place the necessary reforms and legal instruments that promote diversification and investment in the critical (real and service) sectors of the Nigerian economy.

The lawmaker further promised to “frontally address the current high level of youth unemployment, underemployment and high use of illicit drugs as well as depression and high rate of suicide.”

Although the Bukola Saraki-led eight Senate failed in some areas, it, however, recorded some achievements in others.

Political analysts have advised the leadership of the new assembly to act on the failures of the eight Senate and also improve on its achievements.

Below are some things the new assembly must do to make Nigerians happy:

1, Bring full transparency to their budget and allowances

From past assemblies, one of the major calls of Nigerians to lawmakers has been about transparency in their budgets and allowances.

Many civil society organisations (CSOs) and human rights groups have accused past assemblies, including the eight assembly, of embezzling funds through the National Assembly budget as the lawmakers fail to release details of their annual budgets and allowances.

There have also been calls on the legislators to cut down their budgets.

In 2015, a campaign calling for transparency and accountability in the National Assembly budgets was launched. The campaign tagged #OpenNASS was spearheaded by a civic organisation, BudgIT, and other CSOs in the country.

According to BudgIT, the National Assembly budget skyrocketed from N23.3 billion to N139.5 billion with zero accountability.

It also claimed that the National Assembly has less than 10,000 staff but its yearly allocation is higher than the annual budgets of 21 states.

The former Senate President, Bukola Saraki, attempted to release a version of the National Assembly’s 2018 budget. He, however, failed to release details of the budget.

With the debut of the ninth Senate, Nigerians are hoping the lawmakers will honour their promise to make their budget and allowances open.

These lawmakers receive these allowances on a monthly basis and they are paid in millions.

One of the controversial discoveries in 2018 was the 13.5 million running cost allowance that the senators receive monthly.

This is separate from the N700,000 monthly consolidated salary and allowances which they also receive.

Former Kaduna senator, Shehu Sani who made the revelation, explained that though there is no specification on what the funds was meant for, each lawmaker is mandated to provide receipts to back up their expenses.

It was also discovered that the money is illegal as it is not approved by the Revenue Mobilisation Allocation and Fiscal Commission (RMAFC). This discovery sparked outrage from lawyers, CSOs and Nigerians who described the money as illegal.

The commission’s spokesperson, Ibrahim Mohammed, had said the total monthly entitlement of each Senator as salary and allowances is about N1 million (N1,063,860) – which consisted of basic salary, motor vehicle fueling and maintenance allowance, personal assistant pay, domestic staff, entertainment among others.

Many Nigerians believe it would be better to slash such allowances and channel the funds into basic social amenities, education, etc.

3. End delay in budget passage
Another factor that brought public anger against the last Senate and other assemblies before it was the delay in the passage of the nation’s annual budget.

In 2016, President Muhammadu Buhari presented the budget on December 22 but it was not passed until March 23 of 2017.

The 2017 budget was presented in December and was passed on March 11 of the next year. The 2018 budget that was passed in April was first presented to the National Assembly on December 19, 2018.

On several occasions, the National Assembly has given excuses like late presentation, failure of MDAs to appear before committees, oversight functions among others for these delays.

Hopefully, the APC-led ninth assembly will work to change the trend.

4. End budget padding
Over time, the National Assembly has been accused of inserting extra costs into budgets, most of which is suspected to go into the pockets of the lawmakers.

The Acting President, Yemi Osinbajo, had in 2017 delayed signing of the budget because of removal of priority projects and introduction of projects by lawmakers.

In 2018, Mr Buhari accused the lawmakers of cutting out essential projects and inserting non-essential ones. He said the lawmakers included 6,403 projects of their own, amounting to 578 billion Naira.

He had the same complaint in 2019 when he accused the lawmakers of adding about N90 billion to the N8.83 trillion he proposed.

In this area, Nigerians are hopeful that Mr Lawan will fulfil his promise of delivering a transparent and accountable ninth assembly.

5. Abolish constituency projects
Every year, N100 billion is always shared on an agreed 60:40 per cent ratio by the two legislative chambers. The House of Representatives takes the bulk with N60 billion and the Senate with N40 billion.

This allocation is made by the lawmakers to implement or complete projects in their constituencies.

Constituency projects are usually listed by federal lawmakers for their respective constituencies and implemented by the government. But the projects have been a subject of intense criticism in Nigeria, largely due to the abuse they have been subjected to by lawmakers.

Nigerians are hoping the new assembly will stop the allocation of huge constituency allowances as well as remove or amend the constituency projects making it the responsibility of the executive.

Others have also asked that the lawmakers amend the revenue allocation formula to give more resources to states and local governments.

6. Stop purchase of vehicles for lawmakers
One major characteristic of past assemblies is the frequent and unnecessary purchase of exotic cars.

In 2018, documents showed that the National Assembly paid out a total N6.6billion for purchase of exotic cars for its members. The purchases were made by the Senate, the House of Representatives and the management unit of the lawmaking arm.

Records showed that the Senate spent N3.2billion on cars from 10 different contractors while the House of Representatives bought N3billion worth of exotic cars in 17 deals.

That was not the first time the eighth National Assembly under Senate President Bukola Saraki would engage in an illegal car buying spree.

In December 2015, there was a plan by the lawmakers to buy cars worth N4.7 billion despite the harsh economic difficulty the country faced at the time. Although the report sparked nationwide outrage, the lawmakers went ahead with the procurement.

The Senate’s spokesperson, Aliyu Abdullahi, once said the vehicles being procured were for committee assignments.

Bringing an end to this tradition would hopefully, impress Nigerians.

Lawmakers were often accused of confirming unqualified appointees and nominees for ministers, agencies and departments. At a time, Mr Saraki was criticised for being subtle with the president.

Another sour relationship was with the security agencies. The former Inspector General of Police, Ibrahim Idris, snubbed the invitation of the legislators several times.

As promised by the new Senate President, it is hoped that the new assembly will build and sustain a healthy relationship with the executive and security.

8. Stop unnecessary passage of school bills
The eight Senate passed over 60 bills seeking the establishment of tertiary institutions. In as much as it may seem like an achievement, many Nigerians have kicked against it.

In October 2018, there was a story published by PremiumTimes on how 20 senators were pushing for the establishment of universities, polytechnics and Colleges of Education. Most of these bills and many more thereafter were passed by the Senate.

Many are of the opinion that existing institutions should be properly funded to maximise their functions instead of creating new ones.

Should the APC-led national assembly heed this advice, Nigerians would be impressed.

9. Amend archaic or improper Nigerian laws such as cybercrime act

The Senate had in 204, passed the Cybercrime Bill and it was signed into law the following year. The bill provides for the prohibition, detection, response, investigation and prosecution of Cybercrimes and for other related matters.

The Senate had described the passage of the bill as a continuation of measures to safeguard the country’s presence in ensuring the protection of critical information.

Sections of the cybercrime act have however been used by law enforcement agencies to arrest and prosecute government critics and social media users.

There have, therefore, been calls for a review of the Act. The Chairman of the 8th Senate Committee on ICT and Cybercrime, Abdulfatai Buhari, had also said the current law on cybercrime in Nigeria needs to be reviewed to meet the standard in developed countries.

There has also been an emphasis on the need for the country to study how other countries implement cybercrime laws – ahead of impending dangers.

10. End delay in presentation of committee reports
Although the past Senate boasts of passing the highest number of bills since inception (most of which were done after adopting the reports from required committees), it ended with many reports ‘unpresented.’

The committee leaders were notorious for always giving excuses over failure to present their reports.

In November 2018, Mr Saraki queried about 14 ad-hoc committees for failure to present their reports on the set days. He also gave a week ultimatum to the committees to ensure the reports are submitted.

An end to flimsy excuses and delay in presentation of reports will attract commendation to the new assembly.

11. INCULCATE PUNCTUALITY
An investigation in 2017, revealed that the lawmakers do not start plenary until about an hour after the required time.

Anyone who regularly observes the plenary sessions is used to the fact that the lawmakers not only arrive late but fail to settle down early for the sessions to commence. And while they start late, they never fail to end the business of the day at the predetermined time – except on a few occasions.

Former Chief Whip, Olusola Adeyeye, mentioned it as one of the areas where the eight Senate failed. In his valedictory speech, he urged members of the ninth Senate to set an example and ensure punctuality in their legislative duties.