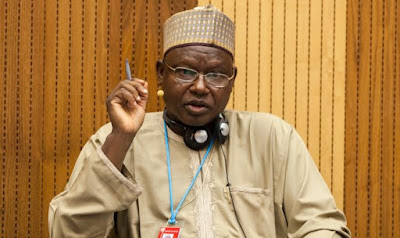 Gov. Umaru Al-Makura of Nasarawa State, on Saturday presented first class Staff of Office to Alhaji Ibrahim Usman-Jibril, the former Minister of State for Environment as the 12th Emir of Nasarawa.

Al-Makura while performing the coronation ceremony in Nasarawa said his administration had given topmost priority to the traditional institution in the state, considering the importance of peace to societal development.

Usman-Jibril was selected as the 12th Emir of Nasarawa and confirmed by the state government on Dec. 6, 2018 following the death of the late Emir, Alhaji Hassan Ahmed.

He, however, urged the new Emir to be fair and just, and to carry everybody along in the interest of peace and development of the state.

The governor also called on him to unite his people and promote harmonious and peaceful co-existence among the people of the area and the state at large.

“I also call on all and sundry to support him to succeed in his responsibilities.

“I urge you all to support government policies and programmes at all levels to enable them succeed in the task of governance,” he said.

Al-Makura said that his government had so far invested so much in almost all sectors of the economy of the state, adding that such had direct bearing on the lives of the people of the state.


The governor urged the people of the state to continue to live in peace and tolerate one another in the interest of development.

Earlier, the Executive Chairman of Nasarawa Local Government Area of the state, Muhammad Sani, commended the governor for the appointment of Usman-Jibril as the Emir of Nasarawa, considering his wealth of experience and integrity.

He has also commended the governor for keying into education, water and health projects during his eight years tenure.

In his remark, the Emir thanked Al-Makura for the honour and promised to consolidate on the peace building legacy of the immediate past Emir.

He thanked the dignitaries who came from far and near to grace the occasion, wishing them safe journey to their various destinations.

He also assured the governor that he would rule his people with the fear of God and just to all in the interest of peace and the overall development of the country.

The occasion attracted who is who in the country including the Chief of Army Staff, Lieut.- Gen.Tukur Buratai, the Inspector-General of Police, Mr Mohammed Adamu, the state Deputy governor, Silas Agara, the state governor-elect, Engr. Abdullahi Sule, the Speaker of the state Assembly, Alhaji Ibrahim Balarabe-Abdullahi.