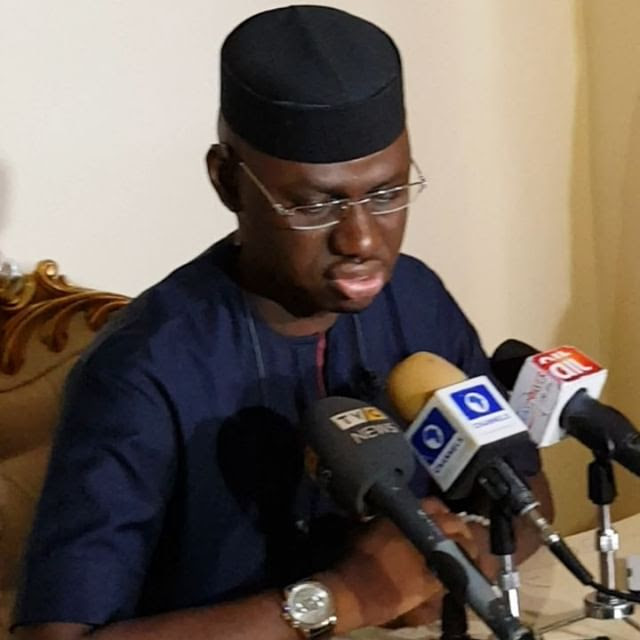 A former Deputy National Publicity Secretary of the All Progressives Congress, APC, Comrade Timi Frank, has petitioned the United States of America, United Kingdom and the European Union (EU), asking them to place a visa ban on the Chief of Army Staff, General Tukur Buratai and others for the involvement of the military in the just concluded elections.

According to the petition dated 19th March, 2019 and made available in Abuja on Wednesday, Frank reminded the international community that he had before the elections written a letter to alert them of what he described as, “the impending danger in the plot by the APC led government to use the military and other security apparatus to rig the 2019 general elections and to perpetrate violence which is likely to lead to the killing of innocent electorates.”

The political activist declared that he had been vindicated with what has happened during and after the elections.

In the petition, Frank also reminded the US, UK and the EU to fulfill their promise of visa ban on the perpetrators of violence during the elections.

“I hereby use this medium to implore you and your good offices to ensure that justice is done. In the circumstances, I enjoin you to carry out your promise of the denial , revocation and ban of visas for all the principal actors , including the Chief of Army Staff,General Tukur Buratai and his cohorts and politicians who may be complacent in the said dastardly act.

The petition titled “The illegal use of the military to perpetrate violence and to distrup electoral processes in Nigeria: a call for action” reads in party:

“You may recall that shortly before the 2019 General presidential, National Assembly and governorship elections in Nigeria, I wrote to your good offices to alert you on the impending danger in the plot by the APC led government to use the military and other security apparatus to rig the 2019 general elections and to perpetrate violence which is likely to lead to the killing of innocent electorates .

“Most predictably,that was exactly what played out in the just concluded 2019 General elections in some states in Nigeria where the Nigerian Army deployed military operatives to carry out nefarious activities during the elections in favour of the ruling party even when our Courts in Nigeria have long before 2019 general elections held that the military shall not be deployed anywhere in Nigeria under any guise to monitor elections which is purely a civil exercise of one’s civic right and responsibility.

“In trying to dent and taint my public image, the Nigeria military under the leadership of General Tukur Buratai, labeled me as a propagandist of fake news in print and social media a few days ago to disparage my hard earned reputation in the eye of the general
public .

“However, it is worthy of note that I have been vindicated by several reports released by different groups that monitored the elections.

“For instance,The European Union Election Observation Mission (EU EOM) to Nigeria faulted the intimidation of voters and election observers by security agents especially in the governorship and House of Assembly Elections. The EU EOM further condemned the violence and intimidation against the citizens and election observers by the military and security agents ,including the EU observers who were denied access to collation centers especially in Rivers.

“Another report worthy of note is that of The Joint report by the National Democratic Institute (NDI) and International Republic Institute ( IRI) released on the 9 th of March , 2019 as regards the governorship elections where it condemned the heavy military presence in some parts of the country . It was stated that incidents of violence and disruptions to the balloting process were observed in Lagos, Benue, Nasarawa and Rivers state. The mission further frowned at the impunity with which some electoral actors conducted themselves, including some polling agents and members of the military.

“The executive director of Youth Initiative For Advocacy,Growth and Advancement (YIAGA) also alleged that military chased observers and some party agents out of the collation centers in some states.

“INEC on its parts just released a report on the Rivers State of Nigeria governorship elections where the said INEC categorically accused the Nigeria military of being complacent with regards to the unprofessional role they played in the conduct of the said general elections. It was stated that soldiers and armed gangs invaded collation centers to disrupt the collation process in order to thwart the Will of the people which they rightly did.The said INEC press release is attached herewith for your perusal.”