Nigeria to clamp down on selling of cigarettes to minors 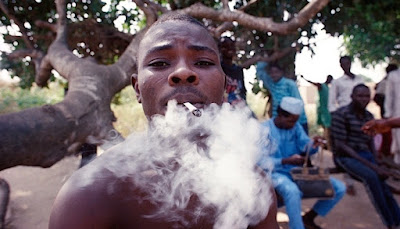 The Federal Government says it will soon clamp down on those who sell cigarettes to minors and also enforce the prohibition of flavoured tobacco product, also known as shisha.

The Nigerian Competition and Consumer Protection Commission in partnership with the Tobacco Control Alliance, a network of civil society organisations, researchers and professionals in charge of tobacco control and public health in Nigeria, made the disclosure in Port Harcourt on Tuesday.

Esan said, “It gladdened my heart when I heard about the enforcement of the National Tobacco Control Act of 2015 by the Consumer Protection Council, which started in Abuja months ago and has continued in Port Harcourt.


“Part of the provisions of the Act also states that flavoured tobacco products should not be sold in Nigeria.

“Selling cigarettes to children that are under the age of 18 is also prohibited, but unfortunately, parents and guardians send their children and wards to buy cigarettes and other tobacco products for them, which is clearly against the law.”

The acting Zonal Coordinator, South-South, Federal Competition and Consumer Protection Commission, Johnson Ossy, said, “The essence of the programme is to teach and educate retailers to stop selling tobacco products to minors because it is against the law.

“Buying a pack of cigarettes, which costs about N350, will be difficult for children to afford, but selling a cigarette will be easier for the minors to afford and in the long run become addicted to it (cigarette).”

Ossy said the government would soon clamp down on defaulting retailers in the state.

“If you are caught, you will go in for it; ignorance of the law is no excuse. We will start enforcement by arresting defaulting retailers, which we intend to do in phases until we cover the entire state,” he added.