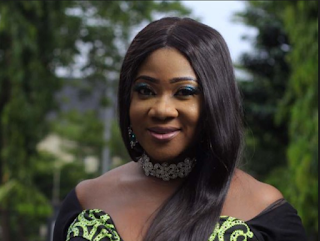 Sensational actress and mother of three, Mercy Johnson has revealed that her biggest fear is not being alive to take care of her children.

The 34-year-old screen goddess made this known via her Instagram page on Friday.

“My biggest fear in life? It would be “Not being alive to take care of and watch over my kids” Happy Mothers day Friends and may we be alive to watch them grow into Great personalities, may we enjoy our children in good health and prosperity with God as the Center of it all,” she wrote

Right after her secondary education, Mercy auditioned for a role in The Maid, a movie that was to launch her into stardom. Her performance in that movie paved way for her into getting more roles in movies such as Hustlers, Baby Oku in America, War in the Palace, and many more.

In 2009, she won an award for Best Supporting Actress at the 2009 African Movie Award ceremony, and then Best Actress award at the 2013 Africa Magic Viewers Choice Awards for her role in the comedy movie Dumebi the Dirty Girl. In December 2011, she was listed as Google’s most searched Nigerian celebrity,] a position she also held in 2012.