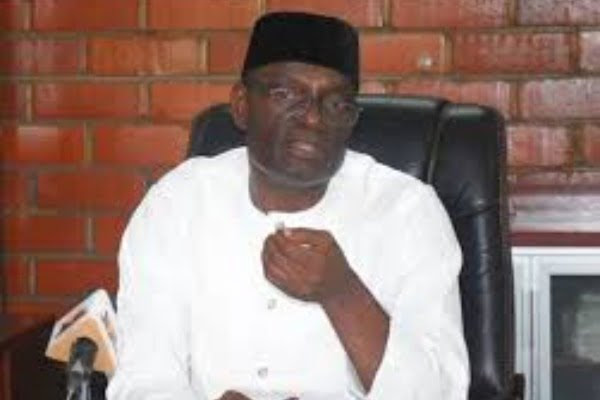 The Economic and Financial Crimes Commission, EFCC, has commenced investigation of the governorship candidate of the All Progressives Congress, APC, in Benue State, Emmanuel Jime.

The petition against Jime was submitted to EFCC by the Nigerian Guild of Investigative Journalists, NGIJ last month at the commission’s headquarters, Abuja.

NGIJ had urged EFCC to investigate the N205 million which Jime has been accused of perpetrating as MD of NEPZA.

The former House of Representatives member for Makurdi/Guma Federal Constituency was indicted by the Senate Committee on Trade and Investment which uncovered N205 million fraud in Export Processing Zones Authority, NEPZA budget of 2018.

NGIJ had earlier called for speedy investigation into the fraud allegation against Jime and wondered why President Muhammadu Buhari chose to keep him as head of a major government agency such as NEPZA after the Senate Committee headed by Senator Sabo Mohammed discovered the fraud in the 2018 budget of NEPZA.

The group had also implied that the foot-dragging of the Buhari-led APC government has raised doubts over its sincerity to fight corruption if it finds it impossible to probe allegations of scandal, budget padding and inflation levelled against some of its appointees.

“Eleven months after Senate uncovered N205m fraud in Export Processing Zones Authority, NEPZA, EFCC and the Federal Government still allow the case to be floored under the carpet notwithstanding the Senate Committee’s report that the Defense of the agency Managing Director, Emmanuel Jime is not Convincing enough”, NGIJ had stated.

The said fraud was uncovered when Jime and other top officials of NEPZA appeared before the Senate Committee for their 2018 budget defence.