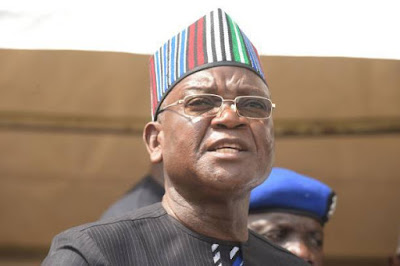 The Peoples Democratic Party (PDP) has named its agents for the Benue State governorship election rerun.

Recall that the Independent National Electoral Commission (INEC) had fixed March 23rd for the rerun poll in Benue after the last Saturday’s governorship election in the state was declared inconclusive.

The PDP named incumbent Governor Samuel Ortom who is contending for a second term as one of the agents.

A look into the forwarded to INEC on Thursday revealed that a former Interior Minister Abba Moro was also listed as an agent by the party.

Below is the full list of names that will serve as agents for the PDP during the re-run: