Cultists murder lady in Imo for refusing to surrender phone 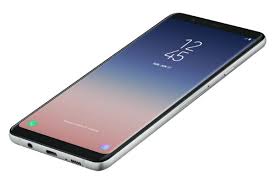 Gunmen suspected to be cultists have shot dead a lady, who reportedly refused to hand over her phone to them.

Our correspondent gathered that the lady, who was identified as Janet Okoro, was shot dead on Saturday on Edede Street, Owerri, the Imo State capital.

She was reportedly going home when some cult boys, who were said to be operating in the area, accosted her and demanded her phone.

The victim, who hailed from Ebonyi State, refused to surrender her phone to her killers.

A source said, “The lady was stopped by some cult boys on Edede Street, who demanded her phone; the victim refused and the boys shot her and made away with the phone.

“She was later rushed to the Federal Medical Centre, Owerri, where she was confirmed dead by medical doctors on duty.”

When contacted, the Police Public Relations Officer in the state, Orlando Ikeokwu, said the investigation had commenced into the killing.

The police spokesperson, who stated that the remains of the deceased had been deposited in the morgue, gave an assurance that the command would nab the killers.