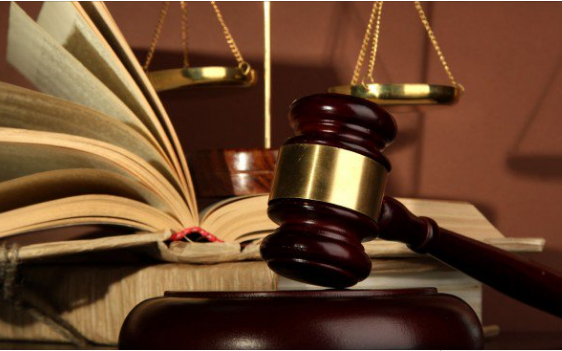 A Federal High Court in Abuja has ordered the forfeiture of N732.85 million to the Federal Government by 17 former officials of the Presidential Amnesty Programme Office.

Forfeited is a plot of land situated at Katsina Road by Ogbomoso Road, Kaduna North Local Government, worth N190million. It is all believed to be proceeds of unlawful activities.

Out of the cash, a former Coordinator of the Amnesty Programme, Gen. Paul Boroh, forfeited about N124million to the government.

According to a statement by the Acting Head of Media and Publicity of the EFCC, Mr. Tony Orilade, Justice James Tsoho granted the application for the forfeiture on Friday.


The EFCC sought the final forfeiture of N732.85million to the Federal Government.

The commission secured the forfeiture following the adoption of non-conviction based forfeiture proceedings.

The statement said: “The forfeited sum of N732.85million was stolen from the Presidential Amnesty Programme Office by 17 respondents to the suit.

“Justice Tsoho had granted an interim forfeiture order on November 16, 2018, following the ex-parte application filed by the lawyer to the EFCC, Bar Abbah Mohammed.

“The ex-parte motion was brought before the court, pursuant to Section 17 of the Advance Fee Fraud and other Related Offences Act 2006, and Section 44(2)(B)(K) of the 1999 Constitution (as amended), seeking for an order of interim forfeiture of the said sum and property.

“Granting the interim forfeiture of the said N732.85million, Justice Tsoho also ordered the EFCC to advertise the order in the newspapers for any interested party to show cause within 14 days on why the money should not be forfeited to the government.

“The judge consequently ordered that the monies and property should be permanently forfeited to the Federal Government.”

The EFCC application for the forfeiture reads in part:

An interim Order of this Honourable Court forfeiting to the Federal Government of Nigeria the total sum of N124,000,000.00 (One Hundred and Twenty Four Million Naira) being part of funds disclosed by the Commission’s investigation to be in the possession of the 1st respondent ( Paul Boroh) and returned to the Commission via bank drafts as annexed to the supporting affidavit herein which sum is reasonably suspected to be proceeds of unlawful activity.

An interim Order of this Honourable Court forfeiting to the Federal Government of Nigeria a plot of land with certificate of occupancy number NC11065 situate at Katsina Road by Ogbomosho Road, Kaduna North Local Government measuring 1.1414 acres described in the survey plan with beacon nos. ZA.5475, ZA.5476, ZA.5477, ZA.5474 worth the sum of N190million and the total sum of N320million being properties found by the Commission in the possession of the 2nd respondent ( Hanafi Musa Moriki) and returned to the Commission via title documents and bank drafts as annexed to the supporting affidavit herein which properties are reasonably suspected to be proceeds of unlawful activity.