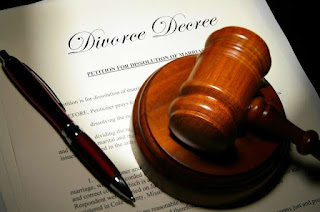 An Agege Customary Court in Lagos has dissolved a 22-year-old marriage between a driver, Kasali Raji, 64, and his wife Toyin, 47, over lack of love and irreconcilable differences.

The president of the court, Mrs Patricia Adeyanju, held that the estrange couple go their separate way in the interest of peace.

“In the interest of fairness, justice and impartiality, the court grants the pleas of the petitioner and thereby dissolves the union between the petitioner Kasali and his wife Toyin.

“They shall cease to be regarded as husband and wife and both parties are ordered to go their separate ways without any threat to life or blackmail,’’ Adeyanju said.

Earlier, Afeez, the couple’s 22-year-old only child told the court that he was not in support of the dissolution of the union of his parents.

Kasali, however, refused the plea of his son and insisted on going ahead with the divorce.

Afeez, however, broke down in tears inside the court when his father insisted on going ahead with the divorce.

It was gathered that Kasali had during proceedings on March 27, 2018, told the court that he was tired of his wife’s attitude towards family matters.

The petitioner said that he left his matrimonial home in 2017 due to lack of love between him and his wife.

“I stopped having sexual intercourse with my wife over seven years ago.

“I have not been living with her for the past 15 months now,” he said.

Kasali said that his wife refused to have another child after the birth of their only son.

“There was a time my wife got pregnant, but she aborted it without my consent; when l challenged her, she told me not to disturb her.

“I prayed the court to dissolve this marriage in the interest of peace,’’ he said.

The respondent denied the allegations levelled against her.

Toyin said she was not ready for the divorce.

“I still love my husband, I don’t want divorce,’’ she said.

The respondent said her husband was an inconsiderate person, who wanted her to carry another pregnancy nine months after she gave birth to her first child.

“After I gave birth to our only son, nine months later, my husband forcibly had sex with me in spite of my health condition.

“When I discovered l was pregnant, I had to abort it because of my health and our economic situation at that time.

“We couldn’t afford to take good care of our only child or even feed ourselves, not to talk of taking care of another child,’’ she said.

Toyin also alleged that for the past one year her husband had stopped eating at home.

“He later stopped coming home and only sends money to his son whenever there is a need for it.

“I recently discovered that my husband had a 26-year-old son before our marriage.

“He did not inform me that he had a child outside our union,’’ she said.