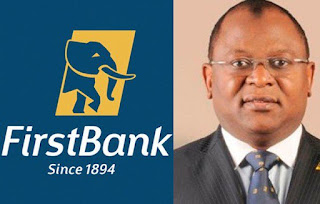 Dr Francis Nwufoh Administrator of WhitePlain British School Abuja who petitioned the House of Representatives Committee on Public Petitions on alleged forgery of documents for the take over of the school by First Bank of Nigeria over failure to repay a loan of N630 million has said that the bank defence lawyers told him point blank that they borrowed N2 billion to fight him on the matter.

Nwufoh who appeared for the third time alongside the First Bank defence team had lamented that despite the fact that he had paid a substantial part of the money in dispute, the bank is hell-bent on taking over the school.

He told the House Committee that he didn’t sign any mortgage for the loan and added that he had paid a substantial part of the amount in question which is set to expire in June 2019.

The petitioner said that out of the total sum of N630 million, he had paid N310 million in two years out of the five years which is the expected period of the loan expiration.

But the First Bank defence team led by Mr. Bola Olotu Esq said that the petitioner wrote to the bank severally to borrow the said sum in other to finish the school building project.

The Committee Chairman Hon. Uzoma Nkem Abonta who was represented by Hon Simon Arabo a committee member told the parties that they are still looking at the documents to decipher the truth in the whole matter.

The lawmaker added that the Committee would not hesitate to recommend the prosecution of any individual found culpable in the allegation of forgery of documents on the matter under investigation by it.He adjourned to April 10, 2019