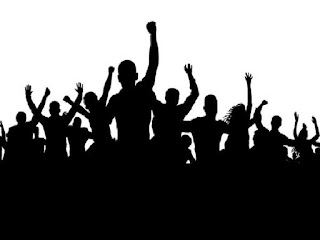 The Police Command in Enugu State says it has begun an investigation into the killing of a man, who allegedly hacked his mother to death.

The man was said to have been killed by an irate mob in Isiagu Ibagwa community in Igboeze South Local Government Area of the state.

The state’s Police Public Relations Officer, SP Ebere Amaraizu, who made this known in a statement in Enugu on Friday, said that the incident occurred at about 1:30pm on Monday.

Amaraizu said, “Tragedy had allegedly struck at Isiagu Ibagwa community when a son identified as Ifesinachi Ukwueze allegedly murdered his mother identified as Beatrice Ukwueze with a cutlass over a yet to be established issue.

“It was further gathered that the action of Ifesinachi Ukwueze allegedly angered irate mob who descended heavily on him and left him lifeless before the arrival of security operatives,’’ he said.

The police spokesman added that the dead bodies of the son and mother had been deposited in a nearby mortuary “while police operatives have commenced a full-scale investigation into the incident.”