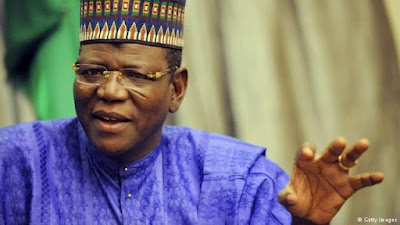 Former Governor of Jigawa state and Peoples Democratic Party’s chieftain in the state, Alhaji Sule Lamido said that had it been PDP won the 2015 general elections, he would have been jailed.

Lamido stated this in a popular political program aired on Radio Freedom in Dutse title “ina gwanin wani.” He said that the former president, Goodluck Ebele Johnathan hds attempted to jail him after his victory.

He explained that this followed his endorsement by Chief Olusegun Obasanjo to run for the presidency in 201s5 poll when he visited the state during the economic summit conveyed by his then administration.

He said EFCC had visited Jigawa state severally and investigated his administration but failed to prove any of the allegations raised against him.
Lamido said he was then labeled with series of accusations by Johnathan’s administration and anti-graft body which up till now have failed to find him guilty.

“People are waiting to see my name in corruption cases including, Dasukigate ,and 2015 campaign funds saga, “He noted.

He said the case was created deliberately by President Goodluck Johnathan, the former Director General of the State Security service, Ita Ekpengyong, Ibrahim Lamorde, Chairman of the Economic and Financial Crimes Commission and his Chief of Staff, Minister of Defence and Minister of Justice and other top government officials with the aim of smearing his reputation and his political career.