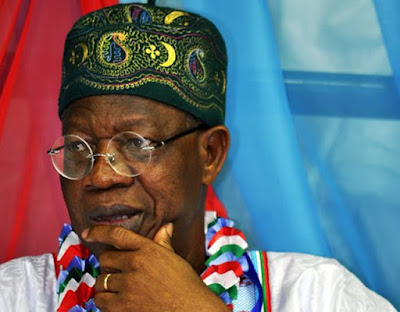 The Federal Government on Wednesday ordered the immediate payment of February salaries to assist workers wishing to travel to vote during Saturday’s rescheduled Presidential and National Assembly elections.

The Minister of Information, Lai Mohammed, disclosed this while briefing State House correspondents at the end of the meeting of the Federal Executive Council (FEC) presided over by President Muhammadu Buhari.

According to him, the payment of February salaries to federal workers commenced on Tuesday.

The early payment, he said is “to ease the burden off civil servants planning to travel for the elections”.

The Independent National Electoral Commission (INEC) postponed the elections to this Saturday.

Many who travelled to their voting destinations were forced to return to their bases and there is fear among the populace that many will not return.

The Minister, who said FEC on Wednesday discussed the issue, said that it also reviewed some of the palliatives put in place to help people return to cast their votes.

He said the Independent Petroleum Marketers Association of Nigeria (IPMAN), with a membership of about 50,000 and “who controls 80% of petroleum sector distribution has agreed to cushion the effect of the postponement by reducing the price of pump price of petrol from N145 to 140 from February 21st to 25th”.

The Minister said the National Union of Road Transport Workers (NURTW) with about 2 million members and operates motor parks in all the 774 local government areas across the country has offered to provide discount to travellers using their motor parks.

“All these is aimed at encouraging voters who might have been disenfranchised by the postponement,” he said

He also said as part of the incentives, two airlines, Aero contractors and Arik Air are offering discounted fares to passengers.

He said while Aero is offering a 50 percent discount to all travellers who present their Permanent Voters Card (PVCs) at point of purchase, Arik has slashed the price of their tickets to N16,000 to all destinations across the country from February 18 to 11 March 11, 2019.