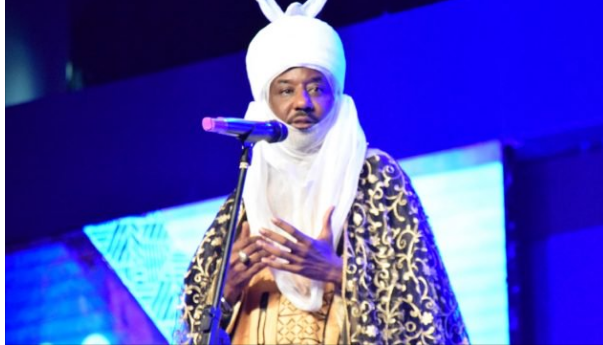 The Emir of Kano, Alhaji Muhammadu Sanusi II, has described frequent clashes between the supporters of All Progressives Congress (APC) and the Peoples Democratic Party (PDP) as unfortunate and worrisome.

Sanusi spoke on Friday while addressing newsmen at his Palace in Kano, following the clash that erupted between APC and PDP supporters at a political rally in Bebeji Local Government Area of the state.

He appealed to party supporters and politicians in the state to shun politics of violence and thuggery, to ensure peaceful conduct of the forthcoming general elections.

The monarch called on security agencies in the state to intensify efforts in fishing out the culprits behind the sad incident and ensure that all those found guilty faced the full wrath of the law.
NAN recalls that Thursday’s clash between APC and PDP supporters in Tofa village, Bebeji, resulted in the death of two people, while many others were injured.

The Public Relations Officer of Kano State Police Command, DSP Haruna Abdullahi, confirmed that 20 vehicles were burnt and 18 others were vandalised during the fracas.