Elections postponement has not dampened my spirit – Atiku 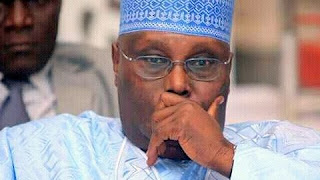 The Presidential Candidate of the People’s Democratic Party (PDP), Atiku Abubakar, has condemned the postponement of the general elections by the Independent National Electoral Commission (INEC) but said the development did not dampen his spirit.

Abubakar, who spoke to newsmen at his residence in Yola on Saturday, said he was shocked by the development, adding that it was not the best of decision to cancel an election few hours to voting time.

“I received the news with shock; you don’t postpone an election few hours to its commencement,” Atiku said.

He urged Nigerians to be patient and endeavour to come out and vote on the new dates of the polls.

“I urge Nigerians to be patient and come out en masse to vote,” he said.

Atiku said he was on his way to Abuja for a PDP emergency meeting over the development, adding that he had no problem with voting materials already distributed for the election as long as they were kept in the “right and secure places”.