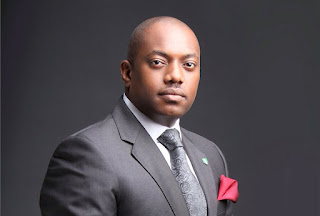 The presidential candidate of Alliance for New Nigeria, Mr Fela Durotoye, has described the postponement of the elections until next Saturday as a global disgrace.

“We are so disappointed with the announcement of the postponement of the elections. It (the elections) should have happened today (Saturday). Today was a day that history was supposed to be made,” he said on Saturday in a broadcast on Instagram Television, popularly known as IGTV.

Durotoye, however, appealed to the electorate not to be dismayed by the development.

“They can only delay the elections, they can’t delay our destiny, which is to have a new Nigeria where promises are kept,” he stated.

The 47-year-old ANN presidential candidate said it was baffling how after having four years to prepare, the Independent National Electoral Commission wasn’t adequately prepared.

He argued that there were brilliant people in the country who could have organised the elections without logistics problem due to their expertise in project management.

He said, “Everywhere across the world, people set dates. For four years, they knew we were going to have elections. How do we postpone elections at 3am on the day of elections?

“People had left their homes because the system did not work, they couldn’t transfer their Permanent Voter Cards, so they travelled. People left their children at home to travel to vote to deliver a new Nigeria. Some came in from abroad.”

Durotoye said the postponement of the elections was a “systematic way to frustrate the people, to disenfranchise them, especially first-time voters.”

But, he said people were now wiser and would not be discouraged.

“I challenge the youth to be awake. They should not be discouraged. Your efforts would only amount to waste if you don’t show up at the polling booth next Saturday,” he said.