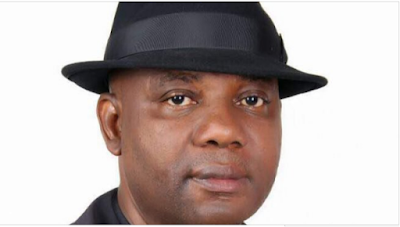 Deputy National spokesman of the All Progressives Congress (APC), Mr. Yekini Nabena, yesterday refuted reports that he was apprehended with arms and ammunition by soldiers in Odi, Bayelsa State, during Saturday’s general elections.

Nabena’s rebuttal came against the backdrop of allegations by the ruling Peoples Democratic Party (PDP) in the state, that he was initially arrested and ordered to be released after making calls to Abuja.

In an interview with journalists in Yenagoa yesterday, Nabena accused the state government of mobilising the soldiers against him because of a statement he released earlier in the day, but added that he was allowed to proceed to his village to vote when nothing was found on him.

“If I was arrested with arms, it should be easy for them to show the arms publicly that I was found with. These are all tricks being used by the government so that they can continue with their evil, but this time, the vote of Bayelsans must count no matter the threat.

“I am not from Odi, I am from Sagbama, I went to my community to vote. I only drove through Odi and there is a military checkpoint there. Let them prove that I was caught with arms.

“It was a false alarm. By the way, we are the opposition here, so the governor has all the powers. The truth is that I was never arrested,” he said.