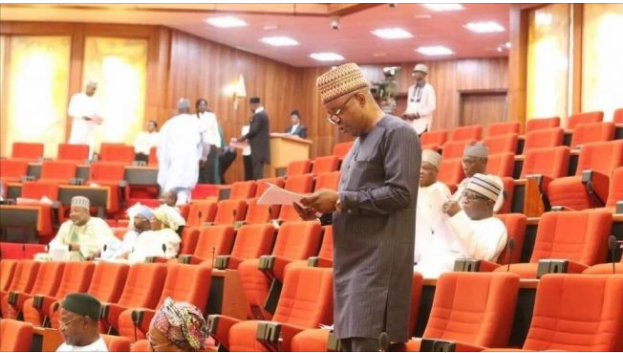 The All Progressives Congress (APC) has asked security agencies to arrest Rafiu Ibrahim, senator representing Kwara south, over the attack on Lola Ashiru, the party’s candidate in the senatorial district.

Ibrahim is a member of the Peoples Democratic Party (PDP).

The ruling party accused him of being behind the attack which occurred in Ojoku town in Kwara south where about eight people were reportedly killed and  many sustained injuries.

In a statement on Wednesday, Lanre Issa-Onilu, APC spokesman, called on security agencies to fish out and arrest Ibrahim whom they learnt had gone into hiding.

The party quoted a witness as saying he saw Ibrahim during the attack.

“Ojoku has been turned into a killing field with many displaced residents fleeing to neighboring communities for their safety,” the witness was quoted to have said.

“Eight people were shot, two others died. The army has rescued us and we are at Offa General Hospital.

“Olojoku palace was terribly attacked, our Kabiesi was stoned. I can tell you that myself and Ashiru escaped death by whiskers. It was a terrible experience. May Allah forgive the souls of the two that fell by their gunshots.

“Senator Rafiu Ibrahim was sighted running away from a hotel in the community moments after the attacks.

“I can confirm to you that he (Senator Ibrahim) masterminded this attack because I was there when Olojoku called him. His first statement was that it was APC fighting against APC. Olojoku cursed him in our present and said he will never get to that position again.”

In January, thugs alleged to be working for the APC had also attacked the residence of Senate President Bukola Saraki family in Ilorin, the state capital.