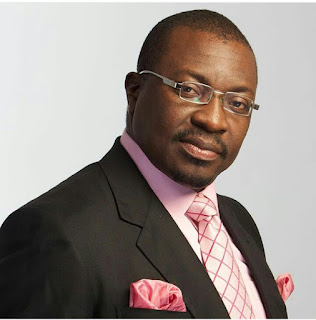 A few days ago, seasoned comedian, Ali Baba (real name is Atunyota Akpobome), was so unhappy about the state of things in Nigeria that he took to Instagram to attack the country’s leadership for being selfish and negligent.

The popular comedian accused members of the ruling class of showing interest only in matters that would benefit them, to the detriment of the larger society.

Complaining that those at the helm of affairs hardly took anything seriously, except it had to do with their welfare, he said, “If it is to prepare the quarters for elected officials, it can be sorted out in less than four months. Corps members will get to camp, their allowances will not be ready. Members of the national female football team, the Falcons, will win a tournament and their allowances will be in voicemail.

“Olympics tournaments, we will arrive late. Our contingents will be the last to be airlifted back to Nigeria. It’s only in Nigeria that AN INTERLOCKED ROAD WILL GO BAD. Interlocked roads are the easiest to maintain across the world. We are the only people who built schools for 800 pupils in 1979, yet the same still serves 18,000 students in 2019.

“There is no planning and no punishment for failing to plan. 40-bed maternity homes meant for a population of 5, 000 now cater for a population of 150,000. Airport runways built in the 1970s for airplanes that used to weigh a quarter of the size of current aircrafts are still in use. Roads and bridges built to accommodate 1000 vehicular traffic in a year now serve 1,000 vehicles.

“Primary schools and teacher training colleges are still the way they are, but our Governors’ lodges, Presidential villas, National and State Assembly quarters have been upgraded to the latest world standards. There is no elected official with a 2000 model vehicle, but they drive policies with a constitution of 1979.

“What is the fine for being caught as an intellectual property pirate? N10,000 or less. Now tell me, do they, elected officials, still collect what the lawmakers and Executive used to earn in the 1980s? None. Every other sector must remain as it is, but the elected must be upgraded. See NTA, that is the flagship of our national broadcast, or should be the example of our progress, is anchoring on DSTV. Do they care? But go and see them, none of them lives in 1004… That’s old school. This post is not only about the APC that has been in government for four years. It’s across the board to all politicians. PDP, UPN, NPN… All of them.”