What I’ll do if returned as President – Buhari 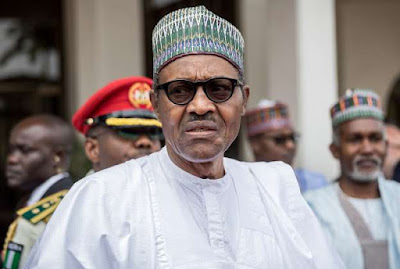 President Muhammadu Buhari on Sunday told Nigerians to look forward to greater prosperity and impactful leadership should he be reelected and return to power in the forthcoming election.

The president gave the assurance in Abuja at an event tagged, “Testimonies of Change” designed to showcase the achievements of the administration.

The News Agency of Nigeria (NAN) reports that the event organised by the Ministry of Information and Culture witnessed personal testimonies by beneficiaries of government programmes.

The president, who was represented by the Minister of Budget and National Planning, Udo Udoma, said the people would achieve a Nigeria of their dreams under the Buhari administration.

He said from the personal accounts of testifiers at the event, it was obvious that the administration had positively impacted on the people.

The president gave an assurance that his government, upon re-election, would build on the numerous achievements recorded on social intervention, infrastructure development, economy transformation, security and eradication of corruption.

He congratulated the testifiers and urged them to spread the good news of what the administration was doing.

Buhari also congratulated the Minister of Information and Culture, Alhaji Lai Mohammed, for the excellent and innovative ways he was showcasing the government’s achievements.

The minister had earlier said the achievements of the Buhari administration were real, adding that the government had impacted positively on millions of Nigerians

The minister stated that in just three and half years and with very limited resources, the government had achieved a lot compared to other administrations since 1999.