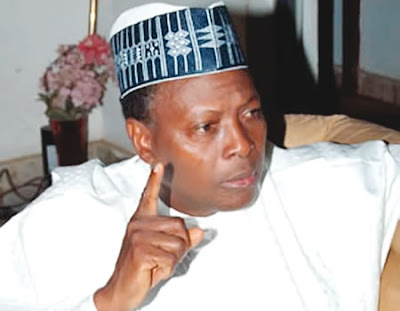 Speaking with Dailypost Mohammed said Abubakar has no solution to the problems of Nigeria.

He recalled how the former Vice President allegedly bribed PDP delegates into voting for him during the party’s last national convention in Port Harcourt, Rivers State.

Mohammed wondered how Abubakar who, according to him, can’t resolve his polygamist problem and “bribed his way” would resolve the issues of Nigeria.


He said, “I don’t believe Atiku holds the solution to anything including solution to his family, because if you are a polygamist I don’t know how you can have a solution to living such a life.

“We all knew what happens in Port Harcourt, Atiku became the presidential candidate of the PDP by using raw money most of it in dollars.

“Are you telling me that a man who emerged as candidate of his part through such means will have anything to offer to his party and Nigeria and we are just wasting time, pretending to be having a very sober, level headed and honest democracy, so why are we wasting our time.

“The media should be an investigative medium and help the country decide in a very rational manner who would be a better president, which party would form a better government to handle security, economy and other issues.

“I can never be persuaded by either Atiku or Buhari to govern Nigeria and this is why we are being led by people like us, incompetent, less educated, hypocritical rogues and scoundrels.”