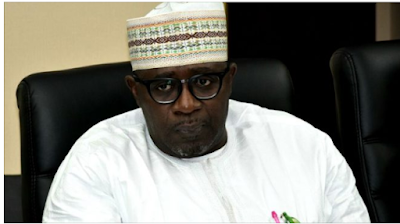 The federal government has charged Modibbo Kawu, director-general of the Nigerian Broadcasting Commission (NBC), to an Abuja federal high court over an alleged N2.5 billion fraud.

Pinnacle Communications Limited; its founder, Lucky Omonuwa, and Dipo Onifade, its managing director, were also included in the suit.

The charges were filed following an investigation by the Independent Corrupt Practices and Other Related Offences Commission (ICPC).

According to PUNCH, 12 charges were preferred against the accused persons by Henry Emore and Adenekan Shogunle, on behalf of the attorney-general of the federation.

The federal government, had in 2016, released N10 billion to the ministry of information and culture for the digital switchover programme, aimed at the migration of telephone lines from analogue to digital platforms.

A White Paper was issued directing that the process is explicitly handled by government-affiliated companies.

The amount of N1.7 billion was subsequently as seed grant for the commencement of the switchover.

During its investigation, the ICPC said it discovered that the process was fraught with corrupt practices.

It alleged that Kawu fraudulently recommended Pinnacle Communications Limited, a private company, to the ministry for the release of N2.5 billion against the guidelines contained in the White Paper.

According to the charges filed before the court, Kawu’s action contravenes Section 26(1)(c) and is punishable under Section 19 of the Corrupt Practices and Other Related Offences Act, 2000.

Kawu was accused of “recommending to the Minister of Information to approve payment of the sum of N2.5bn to Pinnacle Communications Ltd, a private company owned by Sir Lucky Omonuwa as a ‘seed grant’ under the DigitalSwitch-Over programme of the Federal Government when you knew that the company was not entitled to receive such a grant and you thereby committed an offence contrary to Section 26(1)(c) and punishable under Section 19 of the Corrupt Practices and Other Related Offences Act, 2000.”

Omonuwa was accused of transferring N167m out of the N2.5bn to one Daura Mamman, a bureau de change operator, and thereafter taking the dollar equivalent of the sum in cash to his residence in Kaduna.

Kawu and Pinnacle Communications have both denied the allegations.

Kawu had said there was nothing fraudulent in the transaction between the commission and Pinnacles Communications, adding that the firm was paid for services rendered just the way the 1st signal distributor (ITS), an affiliate of the Nigerian Television Authority (NTA), was paid.