BREAKING: Onnoghen’s legal team arrive CCT, He is not yet in sight 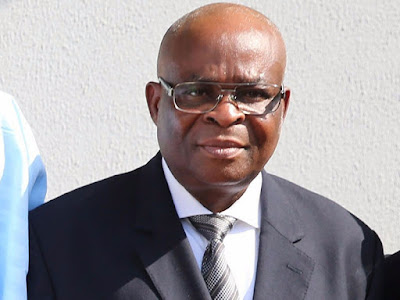 A team of lawyers led by Chief Wole Olanipekun (SAN), has arrived the Code Conduct Tribunal in Abuja to defend the Chief Justice of Nigeria, Justice Walter Onnoghen, who is scheduled for arraignment before the tribunal in the Monday’s proceedings.

As of the time of filing this report at about 9.17am on Monday, the CJN has not been seen on the tribunal’s premises for the proceedings scheduled to start by 10am.

All the senior lawyers are in court with their teeming juniors.

But the team of lawyers comprising a handful of senior lawyers and other junior ones has been technically disbanded.

Umar arrived the CCT at about 9.10am.

He was one of the senior lawyers appointed by the Attorney-General of the Federation and Minister of Justice, Mr. Abubakar Malami (SAN), as part of what was meant to be the government’s prosecution team in 2016.

Umar led the government’s prosecution team that was to prosecute the Senate President Bukola Saraki and his deputy, Ike Ekweremadu for alleged forgery of Senate rules.

The charges were later withdrawn from court by the Umar-led legal team.