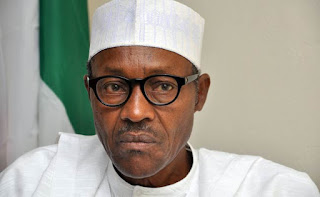 With less than three months to the 2019 polls, indications have emerged that President Muhammadu Buhari may still not append his signature to the Electoral Bill, which the National Assembly has since transmitted to him for assent.

It was learned last night that the President was uncomfortable with some aspects of the law, which he had severally rejected and returned to the NASS and which the lawmakers had also bent backwards many times to adjust to meet the remit of the President for assent.

It was gathered that the Presidency was finding it difficult to openly reject the bill and return it to the NASS, knowing that with the mass of opposition in the legislature against him, the lawmakers would easily veto him.

However, it was understood that some other political parties were aware of the dilemma of the President and had already started complaining against the bill, with a view to stopping the use of the law for next year’s elections.

The political parties opposed to the signing into law of the Electoral Act, have come under the aegis of “Forum of Presidential Candidates” to raise alarm over some defects in the bill and threaten to sue President Buhari if he signs it into law.

Already, the presidential candidate of Advanced Peoples Democratic Alliance, APDA, Alhaji Shitu Mohammed Kabir, who is the Chairman of Forum of Presidential Candidates, has raised alarm on “deliberate hurdles” capable of derailing the 2019 general elections.

Kabir’s grouse is informed by what he termed “the stumbling blocks against a free and fair election” next year.

Specifically, he said the new Act, which stipulates electronic verification of voters and transmission of results would deliberately disenfranchise many voters, especially in the rural and remote areas of the country, due to obvious constraints of power supply and internet connectivity.

Kabir said: “We don’t see INEC responding fast enough in cases where their devices malfunction. The constraints and impediments of time and resources in difficult terrains will deliberately deny many local communities the opportunity to vote.’’

He spoke shortly after the 40 presidential candidates under the group rose from a meeting at the weekend.

The Forum threatened to drag President Muhammadu Buhari and INEC to court to abort assent to the amended bill.

Kabir argued that the time was rather too close to the election to enable INEC train its staff, especially its ad hoc staff, on how to handle the electronic devices, adding that “we shouldn’t give INEC any excuse to postpone the elections.”

The APDA presidential candidate argued that those pushing Buhari to assent to the new bill might unwittingly derail the electoral calendar if the electoral umpire was forced to adjust its programme to accommodate the personnel, budget and other logistics under the guise of abiding by the provisions of the new law.