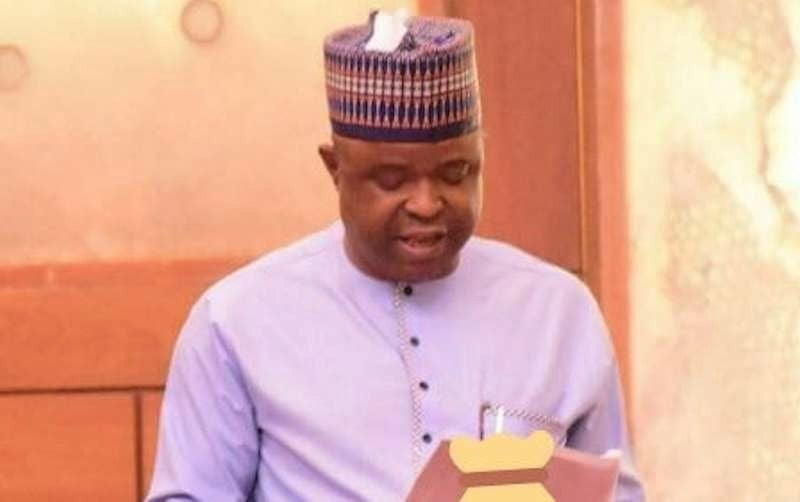 Chairman of Senate Committee on Banks and other Financial Institutions, Senator Rafiu Ibrahim, has slammed the leader of the All Progressives Congress (APC), Bola Tinubu, over his recent utterances about members of the upper chamber of the National Assembly.

He said Tinubu’s utterances were increasingly unbecoming of a leader.

Tinubu had at a public function attended by Senate Leader, Senator Ahmad Lawan, in Ibadan , the Oyo state capital, accused some Senators of political prostitution in the build-up to the election of the 8th Senate President on June 7, 2015.

Reacting to the allegation, Ibrahim said he was neither a political prostitute nor a robber in the events that culminated in Senator Lawan losing the Senate Presidency to Dr. Bukola Saraki on June 7, 2015.

In an interview published on ThisDay newspaper on Monday, Senator Ibrahim (Kwara South), said: “With a little apology to Tinubu, it is unfortunate that such utterances were coming from an elder statesman like him.

“Tinubu should seek caution in his public utterances because good leaders don’t talk down on people the way he does and should note that his being a leader today does not mean he will be leader forever.

“I can say with emphasis that our own leaders don’t talk to us the way Tinubu is talking.

“I reject being called a political prostitute in totality and can also say this about my other APC Senators then because I knew no money exchanged hands but we voted based on our conviction.”

Ibrahim said Tinubu was to blame for planning to impose a leadership on the Senate without carrying along APC Senators. He wondered why the former Lagos governor is still pained by what transpired over three and half years ago.

“So, when there was no sincere reconciliation, we left the APC for them. Now, Tinubu is now referring to an old issue forgetting that he and others caused the problem then,” the Senator added.