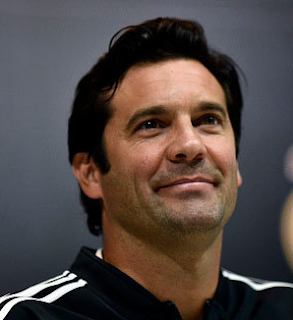 Real Madrid coach, Santiago Solari who signed a contract that runs until 2021, said he wasn’t perturbed by speculations about the return of Jose Mourinho to the club.

Asked if he is worried Mourinho could be brought in to replace him in the wake of his sacking, he said:
“How would I be worried about rumours or speculation about Real Madrid?” he replied. “It happens every day, it is just part of our reality.

“I feel the same as when I arrived here to work as a coach, and further back as a player. That is to give everything in my job every day, that is my way of viewing football.”

Also speaking defender Marcelo said it was up to the club to bring Mourinho back.


“[His sacking] is a pity as he is a great coach and for him to be without a club is a pity,” he told reporters. “It’s not for me to say if he should come to Real Madrid, but I really appreciate all he did for me at this club.”

Madrid have had to overcome their own coaching troubles this season. After sacking Julen Lopetegui just a few weeks into his spell in charge, they recently handed Santiago Solari a contract that runs until 2021.