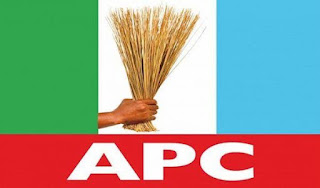 A Kwara State High Court, sitting in Ilorin, yesterday, recognised the executive committee of the Ishola Balogun-Fulani faction of All Progressives Congress, APC, in the state.

National Chairman of the party, Adams Oshiomhole, had dissolved the executive, following the defection of the Senate President, Dr. Bukola Saraki, from the party to Peoples Democratic Party, PDP, and installed another state executive under the chairmanship of Mr. Bashir Bolarinwa.

Balogun-Fulani headed to court, insisting that the executive was constitutionally constituted.

In a judgment read by Justice T. S. Umar, the court held that “the purported dissolution of the executive committee of APC led by Balogun-Fulani was illegal, null and void.

Speaking with journalists after the verdict, counsel to Ishola Balogun-Fulani, Abdulazeez Ibrahim, said no cost was awarded for the judgment since they did not ask for cost.

Also speaking, counsel to the Bashir Bolarinwa faction, Kamaldeen Gambari, said they were not satisfied with the judgment, adding that the court acted contrary to the facts placed before it.