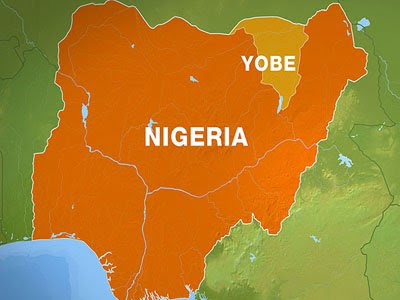 Buni Gari is less than 5km away from 27 Task Force Brigade of the Nigeria Army located in Buni Yadi which is just about 50km away from Damaturu, the Yobe State capital.

A reliable security source informed that two soldiers got killed in the attack, just as six Boko Haram insurgents were also killed by the troops.

“We lost two soldiers but we killed six of the bastards,” the source said.

A resident who identified himself as Babagana said they all ran out of the town for fear after sounds of sporadic gunshots from the military base located in the southeast of the town.

There was serious reinforcement from the 27 Task Force Brigade therefore the terrorists couldn’t make any impact,” a soldier confidentially informed.

It can be recalled that the insurgents have lunched a similar attack on a military location along the same axis in Katarko on November, 7th, 2018 where they went on rampage setting the military base ablaze and some part of the village.