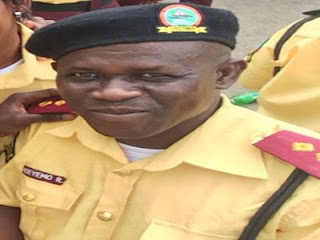 A Federal Special Anti-Robbery Squad (FSARS) inspector, who allegedly killed an official of the Lagos State Traffic Management Authority (LASTMA) on Wednesday, has been confirmed dead.

It was learnt yesterday that Inspector Olukunle Olonade, attached to FSARS Ikeja, died of injuries after he was allegedly attacked by passersby and motorists for allegedly killing Rotimi Adeyemo, the traffic official.

He said Olonade died while being taken to hospital.

The late inspector had earlier allegedly shot Adeyemo dead for flagging him down for a traffic issue.

The incident occurred at Iyana-Ipaja roundabout about 6pm.

Olonade, it was gathered, got down and warned the traffic official never to stop him again, adding that he didn’t have a right to do so.

“Adeyemo was controlling traffic at Iyana-Ipaja when he asked the officer to stop so that motorists from Agege could have their way. Olonade refused to stop and he (Adeyemo) moved away so that he could pass. The next thing was that the officer brought out his gun and shot Adeyemo at close range,” an eyewitness said.

Oti said Police Commissioner Imohimi Edgal had directed that the late Inspector Olonade be tried posthumously in the Orderly Room and be recommended for dismissal from the Force.

The statement reads: “On Wednesday, the driver of a Toyota Highlander Sport Utility Vehicle (SUV), marked LSR 277 BJ, later identified as Police Inspector Olukunle Olonade, attached to FSARS Ikeja, while driving along Iyana-Ipaja road, was contravened for driving against traffic by a LASTMA official, Rotimi Adeyemo, 46, at Iyana-Ipaja roundabout.

“The two men argued with one another. During the altercation, Inspector Olonade allegedly shot the LASTMA officer to death.

“Consequently, a mob, who thought the attacker was an armed hoodlum, because he was in mufti, descended on him and beat him up to stupor.

“Although he was later rescued by the policemen drafted to the scene, he later died while being rushed to hospital.

“The serial number of the pistol recovered at the scene was checked in the system and it revealed the bearer as Inspector Olukunle Olonade attached to FSARS Ikeja. The body of the deceased has been evacuated to the morgue for autopsy.”