‘Buhari’s achievements should earn him a second term’ 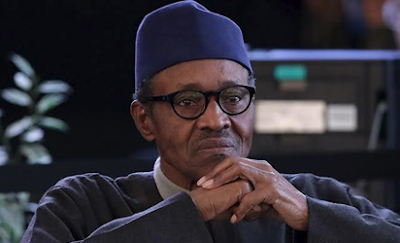 Former Chief of Staff to the Imo State Governor, Uche Nwosu, on Monday said that the sterling performance of President Muhammadu Buhari in office has justified his second term ambition.

Speaking at the background of the flag-off of President Buhari’s second term campaign, Nwosu, noted that the Preaident has delivered on his campaign promises of fighting corruption, insecurity and diversifying the economy.

He said that the President from all considerations, deserve a second term to consolidate on the achievements he has recorded during his first term, adding that the country will be better off under another four year of President Buhari’s administration.

Nwosu enjoined Nigerians to jettison tribal and religious sentiments and support the President for another term, adding that Nigeria has reclaimed its respect among the comity of nations since the last three years that Buhari came on board.

According to him, “President Muhammadu Buhari has done well in office to earn the support of Nigerians. Take for instance the achievement recorded in the agricultural sector, it is on record today that Nigeria is now a major exporter of rice. This has earned the country trillions of naira. Another area the President has written his name in gold, is the fight against corruption, which had almost destroyed our nation.

“The case of corruption has gotten to the extent that if you travel abroad and show your passport as a Nigerian, they will treat you as a corrupt person from a corrupt nation but this is no more the case today. Nigerians are now treated with respect across the globe. And on the issue of insecurity, the President has also restored normalcy in the troubled parts of the country. Before now, Boko Haram was having a field day, it was a story of one bombing today and another tomorrow but this is no more so”.

The former Chief of Staff also pointed out that President Buhari’s uncommon integrity and honesty stand him out from the crowd contesting for the office of the President.


In his words, “Nigerians should support Buhari for who he is, a man of uncommon integrity and honesty. He is a man that does whatever he says and does not believe in saying a thing and doing another. Nigerians should compare him with other persons without any form of bias and they will discover that he is poles ahead of them all in those qualities that define a true leader and democrat”.


He however appealed to Nigerians to exercise patience with the Buhari’s administration, adding that he is laying the foundation for a strong and virile economy in the overall interest of Nigerians, “a journey of a thousand miles starts with a step, Rome was not built in a day.

Those great economies you see today were not built overnight but through good policies and the right investments like what is happening in the agricultural sector will surely make our nation great, it is just a matter of time”.

Nwosu who is the acclaimed winner of the October 6 governorship primary of the All Progressives Congress (APC) for Imo state, assured that the post primary crisis rocking the APC will not affect the chances of the Preaident in the election.

He said, “we are United in our support for President Buhari’s reelection. We don’t have anything against the President, he is a man of integrity and is doing everything possible to resolve the crisis emanating from the party’s primary elections, which was mismanaged by the National Chairman, Adams Oshiomole who was indiscriminately taking people’s mandate and given those who never won elections, like in my case, where he substituted my name, which we will not allow. But all of these does not affect our love and support for President Muhammadu Buhari. We are poised to working for him to return and there is no going back on that”.

He also pointed out that the President has done well in the Southeast to merit the support of the Igbo, citing the second Niger Bridge, the Onitsha-Enugu road, the Owerri-ABA road, the Owerri-Port Harcourt road, among other projects executed by Buhari’s administration in the zone.