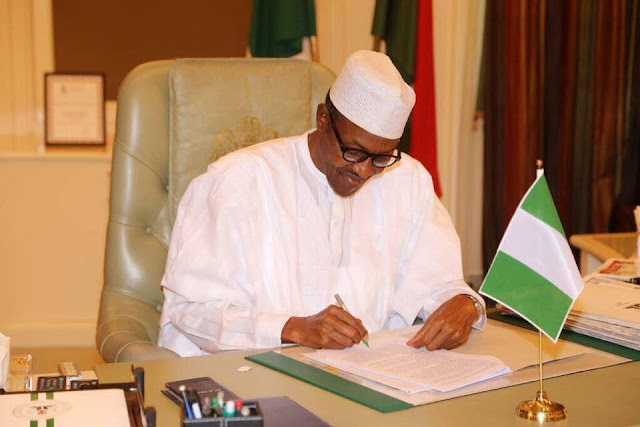 It was not immediately clear what the Aso Villa, Abuja meeting decided. The governors did not brief the media.

A source, however, said the governors stuck to their line of argument that should they be made to pay the least paid worker N30,000, their states should earn more from the Federal purse.

“They presented a document to the President, saying only Lagos can pay N30,000 and asking that the revenue allocation formula be adjusted for them to pay,” the source added, pleading not to be named.

The President was said to have collected the document and promised to study it. He is believed to be planning to compare it with what the tripartite committee proposed and get back to the governors.

The Ama Pepple Tripartite Committee on the Review of National Minimum Wage on November 6, submitted its report to the President and recommended N30,000 as the new national minimum wage.

The President expressed his commitment to ensuring the implementation of a new national minimum wage and pledged to transmit an Executive bill (on National Minimum Wage) to the National Assembly for its passage within the shortest possible time.

He was delighted that the committee had successfully completed its assignment.

However, the governors expressed reservation over the proposed N30,000 new minimum wage, saying the state governments were not in a stable financial position to pay. Many are unable to pay N18,000 — the current minimum wage.

The Chairman of the Governors’ Forum and Governor of Zamfara State, Alhaji Abdul’aziz Yari, at the end of an emergency meeting of the governors in Abuja, on November 15, said paying N30, 000 was impracticable.

NAN reports that representatives of the Governors’ Forum, who met with the President over the issue, included Governors of Zamfara, Lagos, Kaduna and Enugu. The Minister of Labour and Employment, Dr. Chris Ngige, was also in attendance.

Olumoh said this would enable the governors save funds to pay the N30, 000 minimum wage.

According to him, some governors appointed many political office holders with jumbo pay that do not justify their functions, at the expense of the core civil servants.

He noted that complaints by the governors over inadequate revenue would not arise, if they cut their expenses on political appointees.

Olumoh said most governors appointed special assistants or advisers who were not relevant to governance.

“It is surprising that the governors could renege on their initial agreement at the tripartite meeting where it was agreed that they would pay the N30, 000 minimum wage or,” he said.

He urged the Federal Government to put in place measures that would give workers value, for the new minimum wage to avoid inflation in the prices of goods and food stuff.

The TUC chairman hoped that President Buhari would soon sign the White Paper report on the new minimum wage for passage to the National Assembly.

According to him, this will hasten its full implementation.

He, however, urged workers to continue to exercise patience, assuring them that everything would be done to ensure their interest is properly taken care of.