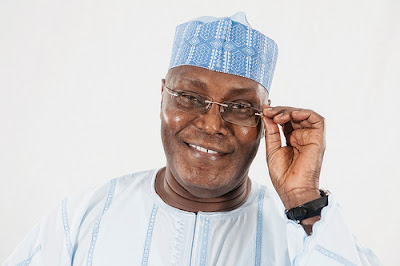 Segun Sowunmi, the spokesman of Atiku Campaign Organisation, says Atiku Abubakar will only be in office for four years, after which he will hand power over to a young person, like Nelson Mandela did.

Earlier, Atiku, who is the presidential candidate of the Peoples Democratic Party (PDP) had said if elected, he would serve for just one term.

Speaking with Osasu Igbinedion on The Osasu Show, Sowunmi said Atiku is willing and ready to sign a legal document that he will be president for just one term.


“I think he said, if the foundations are laid well, one term is more than enough to get the country ready. And he is also probably reacting to the fact that he is hearing that young people are also eager to take charge of their own country.

“Come and learn, and after four years, I can do a Mandela. Nelson Mandela spent 27 years in prison, came out, he did four years, he did one term, and left power to a younger person, Thambo Mbeki, and the country is making progress.

“We have to get out of this idea that a nation is only going to be run on the integrity of one incompetent fellow.

“What he is saying is: ‘give me a legal document and I would sign it’. If you are too cynical to believe, if you bring that document, he would sign it.”

Sowunmi said Nigerians no longer see four years as a long time due to the actions and inactions of the Muhammadu Buhari-led government.

“The reason why it has become almost difficult for anyone to believe that four years is a long time is because of the ineptitude of the present government. Six months no cabinet.

“One year, two years, they are still not facing the issues, if its not Jonathan today, its Obasanjo tomorrow. That is not how to be a president.

“You take the issues that you have to contend with, the ones you have serious issues with you put them towards the court process to go and deal with that but you face the new work that you are supposed to be doing.

The spokesman said Atiku’s policy document will be released in a few days.