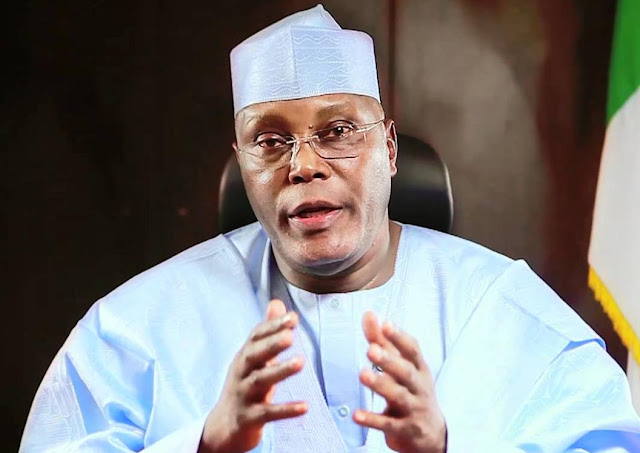 The forum said Atiku should forget about winning the presidential election if he continues with Obi, adding that the former Vice President will not enjoy the total support of the north.

The forum, which claims to be speaking the minds of the 46 northern youth organisations, with over six million members, equally threatened to mobilize massively against the PDP if Abubakar sticks with Obi as his deputy.

National chairman of the northern group, Elliot Afiyo made this known in Abeokuta, the Ogun State capital on Tuesday while speaking with reporters.

According to the forum, the NYLF played a critical role in reconciling former president Olusegun Obasanjo with Atiku, who was his vice president.

The group, he added, had met with Obasanjo on Monday night to make its position known on the matter.

The forum further explained that, apart from the issues that accompanied Obi’s choice in the South East, which, according to them could lead to the impending defection of Deputy Senate President Ike Ekweremadu from the PDP, the former Governor is viewed as anti-North and a major sponsor of Igbo separatist group Indigenous People of Biafra (IPOB) by northerners

“And for us to ignore those stakeholders, it is political suicidal; so we must agree with that fact. That was what we told Obasanjo yesterday – that as far as we want to Atiku to succeed, he has no alternative than to drop Peter Obi, and with the contention between Peter Obi’s group and the Ike Ekweremadu group, it is not political convenient again to pick a running mate from the South East.
Because whichever group you pick from, the other group will work against them.

“Then, in the North, we consider Peter Obi as anti-north. This is no sentiment, apart from the way he treated the northerners when he was the governor of Anambra state, we consider him as a bonafide member and major sponsor of IPOB.

“In fact, 70 percent of emirs and traditional rulers from the north will not support Peter Obi as the vice president.”

Afiyo was of the view that it would not be politically wise for Atiku to pick his running mate from the South West which, according to him, remains a strong base of the ruling All Progressives Congress (APC), advising the PDP to turn its radar instead to the South South.

The NYLF leader suggested that either Rivers State governor Nyesom Wike or his Bayelsa State counterpart, Seriake Dickson, should be considered as Atiku’s prospective running mate, if the opposition party is serious about unseating President Muhammadu Buhari next year.

“We don’t work on sentiment. As I have told you before, our group staked our lives in 2015 for Buhari. Personally, I was placed under house arrest for two weeks throughout the extension of the presidential election in 2015. I was fighting with the hope that Buhari would change things, but there is a cabal and Buhari is completely caged.

“Also, mind you, Atiku is not a saint; anyone that becomes president, there must be a cabal. So we need a vice president that will tell the cabal no and Peter Obi doesn’t have the courage and boldness to be the vice president to challenge the authorities. We need checks and balances,” he said warning that “If Atiku fails to heed our warning, then APC will win. Buhari will win hands down because we cannot support a failure, we will work for APC.”